The theme of this issue of Perspectives is “Safe and Caring Schools.” There’s no doubt that the concept of safe schools transcends language issues: all students must feel safe at all times. In this respect, French and English schools alike experience the same realities.

Yet for French-language schools in minority settings in Canada, caring also has its very own special dimension.

Globally, we are in a period of great political upheaval, accompanied by a disturbing social climate. Minorities in general are an easy target when it comes time to cut spending, since their voices often carry less weight with elected officials. But Canada’s French-speaking minority communities have in recent weeks come under a series of attacks[1]  that are proving right all those who keep hammering home the point that Francophones can never take anything for granted.

Where does caring fit into all this? When we talk about teachers in French-language schools, concern for student welfare extends far beyond the classroom. Caring for students means wanting them to have every opportunity to live in French outside the schoolyard, as well as after they’ve graduated from high school. It also means wishing them a future in which they can continue to take pride and live in the culture they have been immersed in all these years.

The oft-discussed two-fold purpose of French-language education takes on its full meaning in the current situation. Beyond schools’ educational mission, no members of the teaching staff in Franco-Ontarian schools can remain indifferent to the regressive measures being imposed on their community and to the consequences that those decisions will have on their students and on generations to come.

Teachers in French-language schools thus find themselves having to explain some harsh realities to their students, hold delicate discussions about the future of the French-speaking community and, on a chilly December Saturday, carry placards at a demonstration of solidarity. All that, of course, draws much more on the heart than the curriculum.

Because they care, teachers in French-language schools are taking a position on a question of survival. It is not so different from the battle of the hatpins.[2] If history repeats itself, it seems to do so more often in French.

[1]. Two of the main attacks have come from Ontario premier Doug Ford, who announced the elimination of the Office of the French Language Services Commissioner and the cancellation of a planned French-language university. New Brunswick has been experiencing renewed linguistic tensions since the election of its new government, while Quebec is clumsily overhauling the administration of the Centre de la francophonie des Amériques, an organization devoted to supporting minority French-speaking communities in the Americas.
[2]. In 1916, armed with hatpins, the mothers of students at Guigues School in Ottawa stood up for teaching in French against police officers. 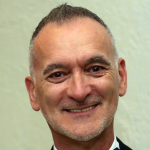 Ronald Boudreau is the former Director of the CTF-FCE Francophonie Program. 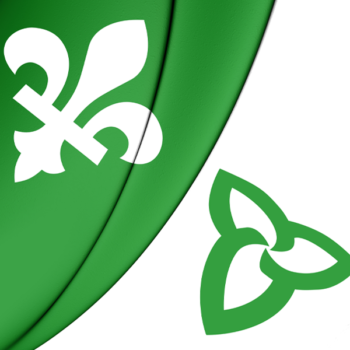