“The fabric of democracy is always fragile everywhere
because it depends on the will of citizens to protect it,
and when they become scared,
when it becomes dangerous for them to defend it,
it can go very quickly.”

In the early 1990s, when I was preparing to become a teacher, I had many conversations about education and democracy, with professors as well as the teachers who supervised me on practicum. We underscored, not debated, the responsibilities of the state to ensure quality public education for all. We examined case studies, read Paulo Freire[i] (among others), and almost took for granted that publicly funded public education was part of the fabric of this nation. We were to be the stewards of equality. We would invite, expect, and support critical thinking, while nurturing knowledge and skills, and fostering inclusion and respect for all. Although guiding students to graduation was an important objective, our real aim was to help develop citizens who would continue contributing to communities, this country, and the world.

Now, over 25 years later, colleagues at the Canadian Teachers’ Federation (CTF/FCE) and I discuss the inextricable link between education and democracy with a new imperative. We also have these conversations with federal, provincial and territorial government leaders and, more often than not, there is unanimous acceptance of the fundamental role education plays in shaping and sustaining democracies. Frequently, assertions like the following are made by high-level government officials:

Taken at face value, such statements suggest an unwavering commitment to publicly funded public education and an understanding of the vital link between education and democracy. Yet, from coast to coast to coast, the CTF/FCE is seeing an increasing erosion of publicly funded public education. Guised in false rhetoric of educational personalization, building resiliency, and more, what is occurring are building blocks to the privatization of our public education systems. If parents, citizens who cast ballots and pay taxes, become scared that the public system will fail their children, more of those who can afford private options will abandon the public system, not just by withdrawing their children but also, in many cases, by ceasing to support education as a public good. If that occurs, if we dismantle quality inclusive public education in this country, we are, in fact, striding towards dismantling our democracy.

If that sounds like hyperbole, please think again. In recent months alone, governments across this country have attacked publicly funded public education and eroded democracy in multiple ways including the following[ii]:

Viewed individually, the above structural changes to education systems are undeniably problematic. Considered collectively, they are cause for alarm as they point to a pattern of governments underfunding public systems to the point of creating a crisis such that private, non-inclusive, and undemocratic “solutions” emerge. If you stop for a minute and really imagine a Canada 15 or 20 years hence where quality inclusive publicly funded public education has ceased to be the norm, the images are those of failed democracy.

The Canadian War Museum in Ottawa is dedicated to a critical analysis of the history of war. For many years, as visitors left the Museum, they were confronted with the following statement:

This statement is a call to action. Interpreted from the lens of educators, it demands we put partisan politics, individual gain, and corporate profit aside to write a future of Canada that we would be proud to read, a history in which our publicly funded public education systems are of the very best quality and the most inclusive in the world. If we do that, our democracy is safer and the lives of future generations much better. If we do not, too much will be lost. Rather than giving into fear, now is a time to fight for what we believe in. If Greta Thunberg, and other young activists, can do that for the planet, surely the adults here can stand up for the future of this country.

[i] Paulo Freire was a Brazilian educator and theorist who wrote several influential books on education and society, most notably Pedagogy of the Oppressed.

[ii] These are but a few of the examples CTF/FCE research has confirmed in recent weeks. 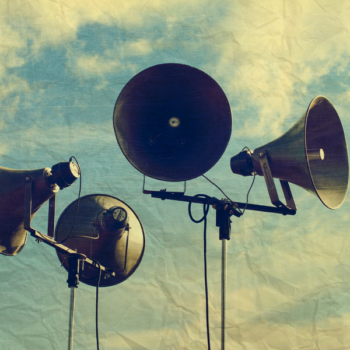