Claudette Tardif: A source of inspiration

In Canada’s Francophone community, Senator Claudette Tardif is recognized as a leading defender of language rights. A career teacher, she has a stellar track record in supporting French-language secondary schools and, during her tenure as dean of the University of Alberta’s Faculté Saint‑Jean, in promoting the importance of French-language postsecondary studies. Claudette Tardif has been a member of the Senate of Canada since 2005.

Our interview takes place in her office on Parliament Hill. Though well acquainted with the challenges faced by Francophones in minority settings, Senator Tardif seems intrigued when I tell her that our chat today will be about her professional journey as a woman.

Still, she manages to get to the heart of the matter right away in her usual passionate manner. From the start, she recognizes how fortunate she has been to lead a modern, progressive married life with her husband, which allowed her to juggle the demands of being a mother of three, leading a busy professional life and pursuing studies that culminated in a doctoral degree in 1984. “I remember times when I had only one or two free evenings a year!” she admits. At home, duties were fully shared, and she’s quick to thank her husband for his unwavering support.

Her eyes light up the moment she begins to talk about her three children and six grandchildren. There’s effervescence in her voice, and she swells with pride as she relates how her entire family embraces the French language.

Over the years, Claudette Tardif has held a number of senior-level positions, often standing out as an “intruder” in a man’s world. How did she, as a woman, overcome the challenges on her path?

Over the years, Claudette Tardif has held a number of senior-level positions, often being an “intruder” in a man’s world. How did she, as a woman, overcome the challenges on her path? “I was lucky enough to work in settings that value diversity of opinion and are open to a different style of leadership. I’ve always strived to build consensus, and that approach might have differed from how some of my former male colleagues operated. The field of education in particular has fewer women in its upper echelons, but I always felt at ease and well accepted there.”

How do women recognize or consider the leadership of a female colleague among themselves? “We need to rid ourselves of long-standing social tendencies. Because women are often less categorical when they speak, it prompts others to question their decisions.” However, Senator Tardif does believe that as more women take on key positions, such outdated attitudes will fade away.

When asked if she has any advice for young women today, Claudette Tardif takes on a sombre look. “I didn’t grow up in the hypersexualized context we see these days. I was lucky in that sense. I worry about today’s teenage girls and how the media portray them as sex objects.” She also worries about the violence that women endure and about the continued inequality between men and women in some parts of the world. Though she sees Canada as a place where women do generally have equal opportunities, she believes we need to remain vigilant for true social change to take root. She firmly believes that now is the time to provide young women with strong role models they can identify with. “That all starts at school,” she concludes.

In recognition of her leadership and community involvement, Claudette Tardif has garnered a number of prestigious honours, including Officer of the French Légion d’honneur (2016), the Prix en leadership politique Georges A. Arès (2016), the Ordre des Francophones d’Amérique (2011), the Ordre de la Pléiade (2005), the Alberta Centennial Medal (2005), the Ordre du Conseil de la vie française en Amérique (2003), the Global Edmonton Women of Vision Award (2000), the Prix Maurice Lavallée in recognition of exceptional contribution to Francophone education in Alberta (1990 and 1997). 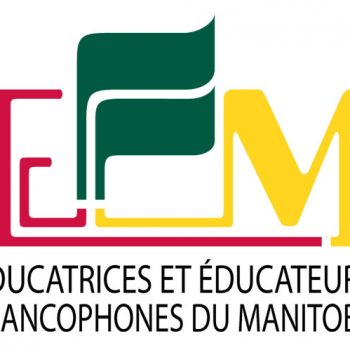