When I was in elementary school, many years ago, there were maps of Canada and the world hanging from a stand in the corner of most classrooms. During Social Studies class, students would study the maps as we learned about geography. However, we could also see on the margins of the maps some pictures of chocolate bars, apparently because a large chocolate manufacturing company had sponsored the maps. Of course, I didn’t know anything about sponsorships at the time, but I remember the chocolate bars very well. I also recall the controversy a few decades later about a proposal that, in schools, YTV would run news programs that contained advertisements for various products. The general tenor of the argument against the YTV incursion into public schools was that children are not for sale and that schools are not marketplaces.

Over the past 15 years or so, the burgeoning influence and activity of education corporations and other businesses, notably in the technology sector, in schools and on education policy has become a crucial conversation in the sphere of public education around the world. Certain assumptions seem to dominate an increasingly jargon-laden discourse about what in this day and age constitutes effective learning and a high-quality education system. These assumptions include:

Despite the fact that research does not support these claims, this narrative has been assiduously promoted through the media and throughout society by advocates of the Global Education Reform Movement (or GERM), such as the Fraser Institute in Canada. Their logical next step is to trumpet the failure of the public education system and promote system “reforms” that really constitute a thinly-veiled process of privatizing the public education system. In such a scenario, which has already come to pass in England and is well underway in the United States, public education becomes a marketplace in which children’s education is a commodity subject to market forces such as supply, demand, profit, loss, and efficiency.

What does this marketplace approach to education mean for teachers and their students? What are the results in other countries where this program has been implemented? Because teacher salaries are the highest cost item in the public education system, private companies operating schools and seeking to generate profits need to reduce salary costs. Lower salary costs are achieved by implementing merit pay, hiring unqualified people to teach who can be paid less, and increasing class sizes to reduce the number of teachers needed on a staff. Indeed, in this scenario, the teacher is not really viewed as a teacher at all. Maybe the “teacher” need only facilitate learning activities carried out through narrow curricula, scripted lessons, and technology. Professional autonomy and professional development become meaningless when teaching is not viewed as a profession at all.

Students—especially marginalized, poor students who struggle to learn—find themselves in a utilitarian learning process aimed at the job market and individual progress towards narrowed learning objectives, with little regard for or valuing of the school as a learning community and the student as a young citizen with responsibilities towards others and towards society. Though GERM measures are put into place purportedly to increase student achievement, inequity and lower student achievement are the real outcomes.

Are these the “21st century skills” children and youth need? What are the implications for young people of the mountains of data collected by education corporations through student information systems, assessment and reporting software, and large-scale standardized tests? Who owns that data, and how might it be used? These are important questions that need to be answered, and soon.

Ultimately, it is our publicly-funded public education system, children’s learning, and the well-being of our society that are at stake. At CTF, we believe that the future of democracy depends on a high quality, universal, inclusive publicly-funded public education system whose success is valued by all citizens—an education system that fosters lifelong learning, autonomy, critical and creative thinking, diversity, inclusion, a sense of duty to others, and social responsibility. What is it that we want our children to remember, the maps or the chocolate bars? 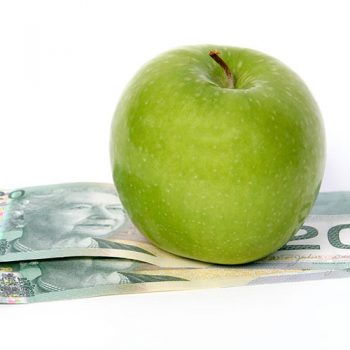