Ebola crisis in Africa: how Canadian teachers are making a difference

Most stories about International Development Cooperation work undertaken by Canadian teachers tend to be upbeat, with an emphasis on the mutual learning that takes place when volunteers from CTF Member organizations across the country work with colleagues in various parts of the world.

But this story is about Ebola. It must, therefore, include some of the harder, more discouraging elements of development cooperation. At the same time, it is a very human story, and one that speaks not only of fear, isolation, death and grief, but also of strength, courage, compassion and solidarity.

When people in the North hear the word Ebola, it often conjures the type of fear that shuts doors. “Don’t let it come here!” And while the possibility of Ebola taking hold in North America is minuscule (due to the nature of its transmission and the strength of our communication and medical systems), this fear predominates. Perhaps it is an instinctual response arising from a basic survival reflex. Whatever the case, it reframes victims as threats, stifling the usual outpouring of support that accompanies other disasters. Instead of support, airlines discontinue flights; cargo ships miss their regular ports…

Project Overseas 2015 has been launched!

This year 57 teachers from 15 CTF Member organizations will participate on 13 teams in 11 countries. Unfortunately the Ebola crisis makes it impossible for a team to continue the ongoing project support in Sierra Leone. We have every intention to resume this support in 2016.

Ebola is most often viewed as an horrific disease, with most reports focusing on confirmed (and unconfirmed) cases, and of course number of deaths. But it is more than a disease that takes lives, it is also a disease that paralyzes and isolates countries; that sequesters communities and quarantines individuals; that impedes the distribution of goods, shuts down commerce, turns sacred cultural practices into taboos and dismantles the weak medical systems that attempt to fight it.

In each of the three afflicted countries, the entire school system has been shut down since September 2014. As a teacher, you know the implications.

This past October, those teachers from across Canada who led the 13 Project Overseas teams in the summer of 2014 gathered in Ottawa for a debriefing. Their experiences that summer gave them new perspectives from which to view the Ebola crisis. Many had connections in West Africa and Michael Beetham, a member of the Elementary Teachers’ Federation of Ontario who had just returned from leading the team to Sierra Leone, was corresponding with various people in the village of Songo.

Michael spoke of a tremendous outpouring of gratitude that at first seemed out of proportion to what he was providing. After all, he was simply reaching out to them with words at a time when their village was in despair. The fact is that few others, if any, were. “Just knowing we care makes a huge difference”, shared Michael. “They are cut off and need to know others are with them”. The discussion then focused on the need for all Canadians to “show we care.” While the group acknowledged that teachers are not doctors, it was clear to all at that meeting that we have a role to play in alleviating the effects of Ebola. And out of this, a number of things have sprung.

In Ontario, a march was held through the streets of Toronto which garnered media attention, and sent a message to teachers in the African countries that Canadian teachers were marching for them. With the help of many of CTF’s Member organizations, and particularly ETFO, awareness was raised and funds were donated. The CTF Trustees, even before the Project Overseas meeting, had unanimously and without hesitation set aside funds for the Ebola crisis. Every CTF Member organization was a part of the process. And with increasing awareness, came more funds than anticipated.

As Perspectives goes online, the Ebola crisis has retreated to the point where, by the end of March, school systems in all three afflicted countries are scheduled to resume. The reopening of schools will bring a plethora of challenges as traumatized children (and teachers) return to school, and as large numbers of people are again brought together. The Sierra Leone Teachers’ Union (SLTU), with support from CTF, will undertake a training program for SLTU members, building upon and utilizing PD Facilitators previously trained as part of the CTF supported Peaceful Gender-Friendly Learning Project.

The halting of many economic activities, including farming, during the Ebola outbreak has exacerbated the pre-existing situation in which the majority of people in Sierra Leone live on less than two United States dollars a day. Therefore, with CTF support, SLTU will provide assistance to Ebola victims, particularly orphans, in order for them to continue their education in the aftermath of the Ebola crisis.

Continued Ebola support for Liberia and Guinea is also being worked out with the teacher unions in those countries.

Through partnerships with teacher unions in the afflicted countries, CTF is currently providing financial support for anti-Ebola projects. These projects, run by teacher organizations, are bringing food and hygiene supplies to the families of teachers and education workers in isolated villages. Teacher organizations, using their communication networks and ties to teachers throughout the country, have partnered with government and NGOs to help track the disease and identify cases. Educational programs about the spread and containment of the disease are taking place on radio and through visits to rural areas.

The financial support is being carefully monitored so that amounts do not supersede capacity to implement, but it will be a long time before they are not needed. Once the disease has subsided, there will be much to do in bringing schools back, caring for orphans, and providing support to many traumatized teachers and their students.

More important than the funds is the experience of mutual support and connection. The actions of teacher organizations overseas, supported by Canadian teachers and their organizations, are having animpact. Teachers, and those close to them, know they are not alone. When they receive supplies, or listen to an awareness-raising session, teachers see that others, both within and outside of their country, are there for the victims of the disease, whether they have contracted the virus or not. 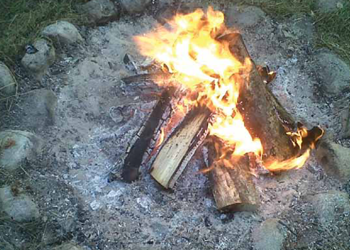