In September 2014, the Elementary Teachers’ Federation of Ontario (ETFO) hired a full-time permanent executive assistant with extensive knowledge of First Nations, Metis, Inuit (FNMI) issues with responsibility for Aboriginal education. Since then a number of FNMI initiatives have been undertaken to provide professional learning opportunities and resources to support the learning of our membership, and to promote FNMI member engagement. Liaising with FNMI members, allies and the broader FNMI community is an important component to developing culturally relevant and appropriate FNMI education resources and programming. The following highlights some work that we have been doing at ETFO in FNMI education.

FNMI resources have been developed for educators, including Aboriginal History and Realities in Canada (2015), a K-8 teacher’s resource; the ETFO FNMI Statement (2015) poster; and an FNMI Growth Chart (2016) highlighting 27 FNMI children’s books (K-8). These three resources are available for purchase through our website. This summer, the following resources will be available: one-page literacy prompt sheets to complement the Growth Chart; Engaging FNMI Learners teacher’s resource; a poster celebrating 21 inspirational FNMI women; and an online interactive brochure that addresses common misconceptions about Aboriginal people. Members also have opportunities to learn about the diverse perspectives by reading articles and FNMI book reviews published in our Voice magazine.

In 2015, ETFO endorsed the Truth and Reconciliation Commission’s calls to action. ETFO is committed to providing our members with FNMI education learning opportunities through various platforms throughout the year. To open all our union events, an FNMI statement acknowledging Indigenous peoples and traditional territories in Ontario is read aloud. Our journey continues. On behalf of our 78,000 members, ETFO wishes everyone a happy National Aboriginal Day and journey into reconciliation!

Read Rachel’s recent article on Truth and Reconciliation that appeared in the ETFO Voice magazine.

Two ETFO FNMI Truth and Reconciliation Webinars were recorded and are now available for viewing and sharing. 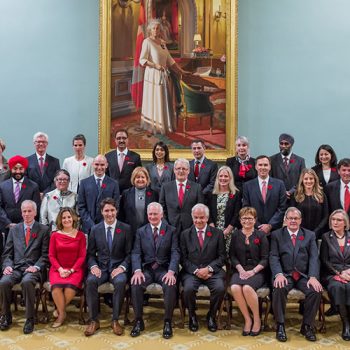