Fight Back to Move Forward: A report from the frontlines of the Broadbent Institute’s Fight Back Campaign

Home / Blog Perspectives / Fight Back to Move Forward: A report from the frontlines of the Broadbent Institute’s Fight Back Campaign

Sometimes the lines in political and ideological fights are blurry; a series of skirmishes viewed by most from the sidelines with mild interest. This is not one of those times.

The gap between those of us who are determined to solve the inequality and climate change threatening all aspects of our lives, and those who unabashedly seek to keep power and money among a few elites, couldn’t be more clear.

In one sense, we’ve never been closer to winning key victories, like pharmacare and a clean and inclusive economy, funded by a tax system where the wealthy pay their fair share. And yet, we are also under threat from an emboldened extreme right-wing, which is aggressively pushing its strategy of hate and fear into our mainstream politics and public debate.

Right-wing authoritarian leaders have famously been elected throughout the world. But recent elections in Canada prove our country is not immune to falling for would-be autocrats posing as populist warriors of the working person. Of course, once in office their goals are laid bare in their actions—roll backs of workers’ rights and cuts to critical public systems such as education are aggressively pushed forward with little to no democratic transparency. And there always seems to be a private, often corporate interest, benefitting from the moves.

When the Broadbent Institute was formed seven years ago, we took on the major centres of Canadian conservative thought. We’ve had a lot of success debunking the credibility of think tanks like the Fraser Institute and the Manning Centre, pushing them out of the mainstream parts of the political debate they had come to occupy, especially in terms of their bogus reports promoting private education and tax freedom!

But the landscape in this daily contest of ideas is changing rapidly.

New right-wing messengers like Canada Proud are popping up on social media. They don’t operate in the open like the old players—they lurk in the shadows of the Internet.

These operators relentlessly work to promote their ideologies through falsehoods, extremist tropes and the worst kind of unprincipled political opportunism.

PressProgress, the Institute’s hard-hitting, fact-based, investigative journalism publication has become our first line of fighting back against the right-wing assault we are seeing in online spaces. By providing accurate reporting and reliable information on these same platforms, often to the same audiences, PressProgress has become the watchdog of the conservative movement. During elections, it plays a critical role in informing Canadians with the truth about the politicians they might elect and the people influencing them.

As important as this daily trench warfare is, it is just one aspect of the Broadbent Institute’s fightback campaign. From our yearly summits to our weekly blogs, we create and broadcast original, in-depth policy research and discussions on bold progressive solutions to the most pressing issues facing Canadians.

We do this to engage thought leaders and activists of our movement, but also to reflect and respond to the experiences of everyday people, from coast to coast to coast. Because in order to win this fight, our audience must grow.

Growing our audience isn’t just a communications exercise, it’s also about training the next generation of leaders and exploring new advocacy and organizing strategies. Our new PowerLab project that we’ve launched in collaboration with the Atkinson Foundation is a great example—it seeks to partner with communities to build fair economies, growing local power and agency that can have regional and national impact.

Battle lines are clear, and the fight for a fair, inclusive, sustainable Canada must take place simultaneously on many fronts. In order to win, our efforts must quicken the pulse of those sitting on the sidelines so they stand up. At the Broadbent Institute the strategy to do this is three-fold:  expose our common enemies for what they are, have a bold vision that reflects what most of us experience, and build a movement where everyone has the power to take action. 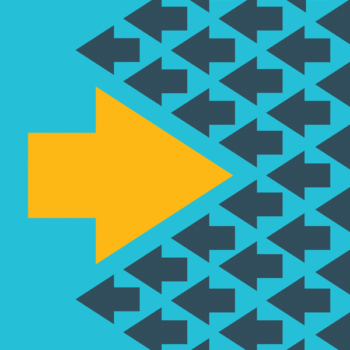