Do you speak French? In Canada, close to 10 million* Francophones and francophiles can answer yes to that question. What about when you ask Franco-Ontarians if they can speak French? They’ll answer yes, of course. But behind that yes, you may very well sense something more: a deep and legitimate indignation. For, once again, Francophones’ fundamental language rights are threatened in Ontario.

It all started on November 15, 2018, during an economic update given by the Ontario Minister of Finance Vic Fedeli. Without notice—and, in my opinion, without logic or reason—he told the Legislative Assembly that the Office of the French-Language Services Commissioner was being eliminated and the Ontario French-language university project was being cancelled. For the province’s 620,000 French speakers, that amounted to halting the improvement of services in their mother tongue and restricting their access to French-language postsecondary education. Unsurprisingly, the reaction was swift. Social media went wild. Support came from all over the country, and I would like to thank the teachers’ unions who have backed us. Very quickly, a resistance movement sprang up, then 14,000 people marched in some 30 demonstrations throughout the province and in others across the country. But Francophones and francophiles won’t stop there, because, for us, the battle is far from over.

I can’t say that the Government of Ontario’s decision was entirely unexpected. As far back as the Conservative leadership race, in March 2018, Doug Ford had shown his true colours, promising to eliminate the 2015 sex education curriculum, a progressive program introduced by the preceding Ontario government that took today’s realities into account. It wasn’t looking good for the world of education. Once elected premier, he brought back the 1998 physical and health education curriculum and launched what he later called the “largest consultation ever in Ontario’s history.” As you know, this consultation on education was open to anyone interested, and included a mishmash of questions about sex ed, cell phones, math, standardized testing and any other issues the general public felt like raising. And as a bonus for Doug Ford, this Don Quixote righting wrongs caused by public education and teachers, the consultation form included a direct link to the Ontario College of Teachers to make it easier to file a complaint against any teacher.

So a current of populism seems to be running through Ontario. Whether it’s a matter of introducing a program to sell beer for a dollar or cancelling the increase in the minimum wage, the surprise announcements just keep coming—and the unions are mobilizing. Because unlike Doug Ford, unions come to the defence of very real causes, which often affect society as a whole.

In Ontario, as elsewhere, populism will probably continue to grow, and, like the winter wind, will usher in ideas “for the people,” behind which a lack of transparency and a lack of rigour may be hiding. The Donald Trumps of this world claim to be the only ones who represent “the people.” Yet everything suggests that they fail to understand the importance of community. If circumstances demand and the labour unions are forced to mount the barricades, we’ll do it—exactly as we did in the protests of December 1. The Association des enseignantes et des enseignants franco-ontariens turned out, all over the province, along with a great many of its members. We know how to demonstrate and advocate for our rights. We’re well trained. It’s in our DNA.

And that’s why the collective voice of Francophones is resounding all over the country right now.

It’s our language, our culture and our right. 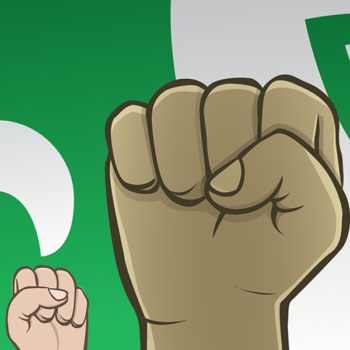