From hardship to leadership: women’s perseverance paves the way for change

Almost 20 years ago, I decided to amplify the voices of human rights defenders, sharing the stories of the most courageous people in the world with a generation unfamiliar with their bravery. Many of the human rights defenders I highlighted in Speak Truth to Power are strong women, and all have risked much to bring about change in their communities and in our world.

Juliana Dogbadzi was 7 years old when she was given to a fetish priest under a custom known as Trokosi – “slave of the gods”. For 17 years she was forced to work without pay, without food or clothing, and to perform sexual services for the “holy man.”  At the age of 24 she escaped and committed her life to denouncing the practice of Trokosi. Through her efforts the practice was banned in her country of Ghana. Her voice once silenced became the voice of change as she led efforts to emancipate slaves throughout the country.

When Mary Simon was 8 years old, she would bundle herself up in her parka against the -40° C temperature, meet with her friends, and set off on the trek to her federal day school down the long walking path. But as they grew closer and closer, nerves would set in. Loud, cheerful voices would settle into unsettled murmurs. “We’ve got to stop speaking Inuktitut,” someone would whisper. The bravest would keep talking for a while, but soon there was only silence. “By the time we got to the school, we weren’t talking to each other,” Mary says. “Can you imagine something like that?”. At their school in the Arctic, run by the Canadian government, Inuit children could only speak English until the school bell rang at the end of the day. Those who disobeyed were punished.

“You’re an individual with an identity that you’re born with. I was born with an Inuit identity with distinct culture and language and a certain environment and a way of life. If that is taken away either forcefully or insidiously, that is a violation of your human rights.”

Marina Pisklakova started the first domestic violence hotline in Russia. “A woman called the hotline and said her husband planned to kill her. I called the police but the officer immediately called the husband, saying, ‘Look, if you do it, do it quietly.’ And I realized there was no hope.”

But Marina believed in something powerful, she believed every person has the right to live in dignity, to enjoy their basic fundamental human rights and so she forged ahead and because of her, women in Russia could be hopeful, could be safe, could live in dignity.

When Sonita Alizadeh was 10 years old, and then again when she was 16 her parents tried to sell her into marriage. At age 10, Sonita had no idea what it meant to get married. In her mind, marriage meant dressing up and playing bride and groom with her friends and family. The arrangement fell through and Sonita was not married at that time. At age 16, Sonita was told again she had to get married because the family needed money to pay for her brother’s wife. However, Sonita had other ideas for her life.

“I think that we have to believe that anything is possible. I have a notebook that I call my Dreams Book. In it, I put pictures of the things I want to do and create in my life, even when they seem impossible. First I imagine it, then I make a picture of it on paper, then I talk about it like it is real, then I work very, very hard for it. That is the most important part. So many people around the world are working very, very hard to create change – not just me – and this is very inspiring. Knowing that I am not alone keeps me going. My vision for the world gives me the energy I need to keep working: a world where every girl is allowed to reach her full potential, make her own choices, and live the life she chooses for herself. The image of that world in my mind inspires me and makes me determined to play my part in bringing positive social change. I am inspired every day to change this world for women and girls.”

What we learn from these women, their words, their courage, their actions, their lives, is that there is a place for every young woman to be an agent of change. A place to challenge the systems and structures that often tell her she cannot, should not, lead.

Through the stories of ‘sheroes’, young women learn to find their own voices, and speak truth to power. 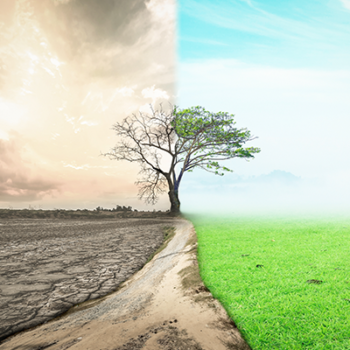