Listening to the archive: Echoes of teacher solidarity

When I recently began working as a Researcher and Policy Analyst at the CTF-FCE, I was thrilled to find a sizeable library and archive in the middle of the office. The eight unassuming stacks, named after the first full-time Secretary-Treasurer[1] at the CTF-FCE, Dr. George G. Croskery (1948-1962), sit patiently with a century’s-worth of minutes, newsletters, books, and reference materials on-hand for anyone needing historical references. Luckily, as a researcher with a keen interest in all things historical, I have full access to these references within several meters of my office door.

I began digging through the files last fall, at first, out of sheer curiosity, but I wanted to gain a sense of the CTF-FCE and its work over the years. As I shuffled through research from the 1960s to the 1990s, meeting minutes from past AGMs, and publications, I was reminded of Slack and Wise’s words about “the seduction of newness” and how attention to new technologies and politics allow us to “forget that the past has something to teach us.[2]”

This “forgetting” leads to a type of historical amnesia in the present moment, where past struggles, key victories, and successes are lost, while we, in the present, attempt to drum up new ways of facing adversity, without paying attention to those who have already put in the work. While we are certainly living through a complex and unique era of post-truth politics, sustained, heartless austerity in the public sector, and reignited conflicts between labour and government, what the CTF-FCE archive illuminated was a strong, consistent thread of fighting for education through successive waves of opposition.

One document stood out in my search, a presidential address by Maureen Morris, CTF-FCE President, from the 1997 AGM in Montréal. Maureen was a long-time public school teacher and activist from Quebec, who served as CTF-FCE President from 1995-1997, and was recognized with the CTF-FCE Special Recognition Award in 2014.

In her address, President Morris noted that the 1990s was a particularly difficult time for teachers in Canada, an era where provincial governments slashed funding, rolled back teacher salaries, and “[failed] to respect negotiated contracts” (p. 4). The result of such harsh measures created education crises in some provinces and territories, which led to what Morris described as a time of “shining moments” (p. 1) of direct action and member solidarity. Her address pinpointed examples of actions leading to positive change across the country, such as a four-week strike by teachers in Newfoundland and Labrador, a strike-vote by Nova Scotia teachers, and campaigns by the Alberta Teachers’ Association, the Manitoba Teachers’ Society, the Prince Edward Island Teachers’ Federation, and the British Columbia Teachers’ Federation (to name but a few).

Through these examples, Morris contends that teachers are not only professionals, but activists who “consistently [speak] out in support of public education and social justice” (p. 2). The success of each campaign, she argued, was due to teachers and Member organizations strategically reaching out and educating the public, garnering support, and creating solidarity networks with “like-minded groups” such as “parent-councils, labour organizations, and anti-poverty groups” (p. 3). By doing so, the fight for public education remained connected to wider social justice concerns, because ultimately, public education complexly intersects with every layer of social life.

What initially drew my attention to this speech was the encouraging message of teacher activism and solidarity in a time of upheaval in education, but I think the real strength is in Morris’ ability to address unsavoury truths—that “unions are often vilified as organizations” (p. 2) and that activism is difficult work—it takes a long-range vision, commitment, and the ability to continue the fight through losses as well as gains. The vilification of activists and unionists in the media is not new; we are in a constant battle to gain public understanding and recognition as teachers and advocates for public education. This negative public representation is a double-edged sword. On the one hand, Member organizations are villainized in the media and projected as greedy and obstinate, and on the other hand, this portrayal exists because, in Maureen’s words “we have the power to achieve our means” (p. 2). Such pushback arises as a reactionary and knee-jerk response to union and other significant victories in the fight for a world that is more just.

President Morris’ speech is but one document, from one historical moment, found in one archive, and there are countless examples to draw on from the CTF-FCE Croskery library and archive alone. What the past offers is more than a window into education labour conflicts from over two decades ago: knowing how, when, and why certain actions and tactics worked (or didn’t work) is powerful, and a reminder that the challenges faced today, such as inadequate funding and supports, and ever-increasing teacher workloads, are not new problems. Although Morris was writing in 1997, her words are just as relevant for unions today—teachers cannot do more with less, and when governments “tear apart” the system with cuts and endless criticism, they are not supporting its workers or students:

Morris’ words give meaning and purpose to the enduring battles for greater respect and support for teachers to do their job at the high level they are expected to perform, and offer a suggestion for education advocates, that although it is difficult work, we need to remain organized and stand in solidarity with one another. In this way, when we listen to voices from the past, like Maureen Morris’, we can gather strength and learn to develop strategies as teachers, activists, and union members to ensure a future where there will be, as she states, “no complicity” or “sounds of silence” (p. 3) in our collective struggles in fighting for teachers and public education.

Pamela Rogers is a Researcher and Policy Analyst at the CTF-FCE. 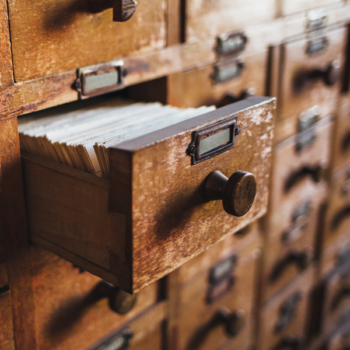