Advancing equity for women within the education sector and the whole of society is a longstanding teacher organization priority.

CTF was among several civil society, academic, Aboriginal, and human rights organizations contributing to a recent report published by the Canadian Centre for Policy Alternatives (CCPA) which documents Canada’s progress towards gender equity over the past five years.

Unfortunately the news is not good—particularly in light of the fact that not so long ago Canada was one of the best places in the world to be a woman. The CCPA study, a shadow report on Canada’s implementation of the 1995 Beijing Declaration and Platform for Action, states that:

Worryingly, the pace of progress towards gender equality slowed over the past decade. Twenty years ago Canada ranked first amongst nations in international measures of gender equality. In 2013, Canada had fallen to twentieth place in the Global Gender Gap rankings, and twenty-third place in the UN Gender Inequality Index. (p. 6)

The study found that gender inequity has persisted or worsened in critical areas such as violence against women, women’s economic security, and the human rights of Aboriginal women and girls (the following is excerpted from the full report and accompanying press release)

The report also found that significant gaps remain in educational attainment between Aboriginal women and girls and non-Aboriginal people. (pp. 25-27) In spite of their educational gains, women continue to be significantly underrepresented in senior management positions and in the political arena. (p. 5)

Among the common themes identified in the report was “a marked slowdown in the rate of progress towards closing the gap between the well-being of women and men”, and “important and persistent differences between different groups of women, with Aboriginal, racialized, and immigrant women, as well as women with disabilities, all suffering a disproportionate burden of inequality”. (p. 7)

Not surprisingly the report also states that there has been “a notable shrinking of the federal government’s role in addressing the barriers to gender equality both at home and as part of its international commitments”. (p. 7)

There is much the federal government can do to advance gender equity in Canada by taking a strong leadership role and implementing progressive policies for women. In this regard the report concludes with some key recommendations which address challenges and opportunities: (the following is excerpted from the report, pp. 84-85)

If implemented, these recommendations would go a long way towards strengthening equity for all women in Canada including women in the teaching profession.

Progress on Women’s Rights: Missing in Action. A Shadow Report on Canada’s Implementation of the Beijing Declaration and Platform for Action. Prepared by a network of NGOs, trade unions and independent experts, Canadian Centre for Policy Alternatives, October 2014. https://www.policyalternatives.ca/publications/reports/progress-women%E2%80%99s-rights-missing-action 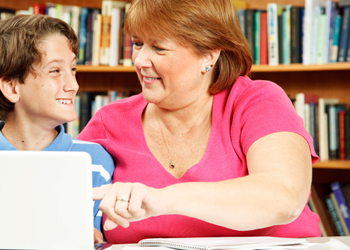