Mobilizing Against the Labyrinth

Can we finally drop the whole “Glass Ceiling” thing? I have.

Instead of gauging women’s economic progress by how much damage some of our sisters cause to the upper limit of the barrier to gender equity (see “Cracks in the Glass Ceiling”), let’s use a metaphor more accurate than one that conjures the image of an elevator full of females that never reaches the top floor.

My choice is the labyrinth, a term applied by an American university professor Dr. Alice Eagly, co‑author of a book entitled Through the Labyrinth: The Truth about How Women Become Leaders.

In an interview, Dr. Eagly described the labyrinth as a “continual set of barriers women hit along the way.” Labyrinths, the article summarized, “start at the beginning of a woman’s career. Women think they’re walking into a garden and everything will be linear, a straight line to success. But the labyrinth begins to form with every obstacle put in their paths. Its challenges are varied and continual.”

In my own path to becoming the first woman federal secretary of my national teachers’ union in Australia, AEU, and president of Education International, the barriers and blind alleys were the familiar ones to women educators of my era. As a maths teacher, I was introduced to the unwritten rules of preference for male teachers for positions of responsibility. For one, when a certain position came open that I was unmistakably qualified for, the interviewer asked me first whether or not I planned to have a baby. The message was clear and common: “We’re not going to waste our time giving you a position if you’re going to have a family.”

We’ve seen significant changes since that era, but the labyrinth still earns its name for too many teachers in classrooms around the world. Their lives and their workplaces are not a few hammer blows away from shattering a barrier to greatness. Instead, they are in a systemic maze, chronically underfunded, understaffed and undervalued, with resources diverted and denied and violence a constant threat, especially to girls. In some systems, teachers cannot reliably receive their pay, their schools have no desks or books or even running water.

So, they improvise and mobilize. Organized through their unions, they navigate the challenges before them in their schools and their communities and their countries. Together, they are blazing trails, becoming one of the great progressive forces for resistance and change in our age.

‘Trailblazing’ is a clear and common understanding of what drives solutions to problems of women’s advancement across the globe. Legendary Canadian feminist, politician and educator Rosemary Brown made it simple to understand when she said: “We must open the doors and we must see to it they remain open, so that others can pass through.”

That is fundamental. We must all be mentors and fierce advocates for opportunity. I recall my mentors vividly: women who shaped my career, changed my life and joined us together to change our union. But the labyrinth can’t be mastered by open doors alone. We need mobilization that focuses on regressive policies and laws and procedures and toxic customs that otherwise defy solo applications of personal grit.

It’s a matter of life and death. As an Australian, I’m keenly tuned to the news of climate change and the fact that there is no longer a reliable ceiling on the statistics for events such as the ‘hottest summer,’ ‘wettest season’ or ‘fiercest winds’. As my own country’s natural resources are being degraded and destroyed by inaction, elsewhere this disaster is even more advanced, and the burden is especially falling on women.

The United Nations estimates that 80 % of people displaced by climate change are women. Reason? Their roles as primary caregivers and providers of food and fuel make them more vulnerable when flooding and drought occur. Studies show women are more likely to experience poverty and to have less socioeconomic power than men, making disaster recovery more difficult, lowering women’s life expectancy more than men’s, killing them more often and at a younger age. Despite the disproportionate effect on women, climate change policymaking is decidedly a male domain, with the average representation of women in national and global climate negotiating bodies below 30 %.

Labyrinth, ceiling or closed doors, the solutions to these core gender inequities and outrages can only be found in leadership from the ground up; a personal commitment, yes, but then an understanding of the intrinsic link between sisterhood and human progress and the willingness to join with others, to organize and mobilize. And most importantly – to exercise power.

Gender equality as one of the UN Sustainable Development Goals only has meaning for a secure future, genuine sustainability, if we realize the critical part of the Goal – its second phrase – to “empower all women and girls.”

Susan Hopgood, President of Education International and the Federal Secretary of the Australian Education Union. 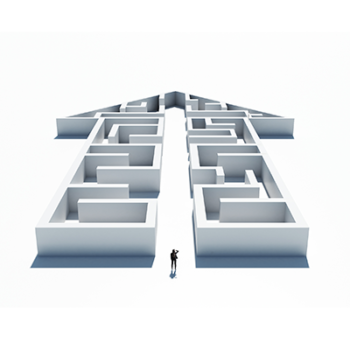