Participation as the foundation of teachers’ empowerment

Home / Blog Perspectives / Participation as the foundation of teachers’ empowerment

Freedom consists in acting in accordance with one’s own will and without constraints. This in no way means that everyone can do whatever they want, regardless of any laws. Jean-Jacques Rousseau makes that distinction very clear in On the Social Contract. Rousseau proposes to build a democratic society in which citizens are able to exercise their freedoms. Thus he imagines a social contract in which everyone must shed their egoism to join with everyone else in what he terms “general will.”

A trilogy forms around it: the government, the law and the people. The government represents executive power; the law is the authority principle; and the people are the source of the authority principle. In other words, the people themselves are the lawmakers inasmuch as they vote on the laws to which they submit. And as long as they submit solely to those laws that they themselves have enacted, they remain totally free: “Obedience to a law which we prescribe to ourselves is liberty,” he concluded.

Taking up and reworking Rousseau’s idea, Immanuel Kant, in his Fundamental Principles of the Metaphysic of Morals and Critique of Practical Reason, distinguishes between heteronomy, or being subject to external laws, and autonomy, or having the right or power of self-government. Obviously, he gives priority to autonomy. To him, the moral law to which humans have a duty to submit, or “categorical imperative,” is the outcome of good will that is an emanation of practical reason, and thus originates within oneself. Before doing anything, one just have to ask oneself what would happen to all of humankind if everyone did the same.

This brief reference to Rousseau and Kant shows us, if we still needed a reminder, that teaching freely and empowering teachers doesn’t mean that each would do whatever they wanted, but that they would submit to a law they had had a hand in developing.

It’s worth noting that the idea is not to grant autonomy to each individual teacher, but rather to teachers in general. It’s a matter of obeying any given law that would not have been established individually, but rather together with all other teachers. In other words, teaching freely and empowering teachers means allowing them to take part in developing the law, in making decisions.

Teaching freely and empowering teachers means allowing them to help choose books from the outset.

Teaching freely and empowering teachers means allowing them to take part in making all decisions that involve their profession and their schools.

As we can’t go back to ancient Greece, where everyone was involved in decision making, I must turn to the concept of representation, which must rely less on quantity than quality.

Qualitative representation means choosing teachers who have the right stuff and, above all, a clear vision of the type of school and teaching that should be promoted for our country: a humanist, not technocratic, school.

Naturally, this freedom and autonomy are only possible if teachers have the means to implement this policy, if their working and living conditions allow them to practise their noble profession well.

As a vade mecum, or takeaway, I would say that this work is based on an observation: teachers, whatever impression they may give, practise their profession heteronomously. That leads to a debate: how and why teachers must work freely and completely autonomously. And it concludes by opening up new vistas: teachers must, as far as possible, take part in making decisions about schools and, where applicable, be represented by those who have the right stuff, with a vision that incorporates both bilingualism and multiculturalism, the foundations of our national unity, without which emergence can be nothing but hypostasis. 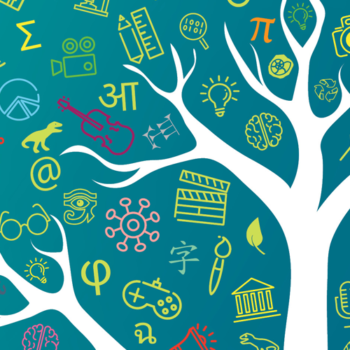