Promoting Respect and Consent Online: Insights from New Research on Sexting and Cyberbullying

Over the last few years, Canada has made important contributions to the research on cyberbullying and sexting—and, in particular, how to address these issues in the classroom. In both cases, this research has led to a change in approach, with less emphasis on risk and punishment and more on promoting respect and consent.

With regards to cyberbullying, this has meant whole-school programs that also involve parents and the community; clear channels and a consistent process for students to report bullying; and providing teachers with training and classroom anti-bullying materials. Particular to online bullying is the need to help students identify the Internet as a moral space; to help them overcome “empathy traps,” the aspects of online communication—such as the absence of cues like voice or facial expression—that may keep us from feeling empathy; and to empower witnesses to help in constructive ways when they witness cyberbullying.

The role of witnesses has been identified as crucial in offline bullying, and witnesses to cyberbullying have often been told to “stand up” when they see it. MediaSmarts’ research, though, found that they often have good reasons not to take a public stand: half of the youth we surveyed worried that doing so would make things worse for the target of the bullying, and two-thirds worried that it would make them a target. To empower witnesses, we’ve created resources that provide students with opportunities to role-play cyberbullying scenarios (so they know what to do when the time comes) and steer them towards a bigger toolbox of options that youth themselves have told us are effective, such as comforting the person who’s being bullied privately, posting something positive about them, or talking to a trusted adult.

One reason why it’s particularly important to give youth a broader range of options when they witness bullying is to forestall moral disengagement, the process by which we sometimes convince ourselves that it’s okay to do something we know is wrong. The four primary forms of moral disengagement are justifying an action (“It’s not what you think”), denying the harm (“It’s not that bad”), shifting responsibility (“It’s not my problem”) and blaming the victim (“It’s their own fault”). These mechanisms are highly related to sharing people’s sexts without consent, as well: our research found that youth who agreed with statements like “When a girl’s sext gets shared, it shows other girls the risks” and “Nobody should be surprised if boys share sexts with one another” were five times more likely to have shared a sext than those that didn’t.

The other thing strongly tied to sharing sexts was how strongly youth held stereotyped views about gender, such as “Men should be more interested than women in sex” and “A woman cannot be truly happy unless she is in a relationship”—though in this case the effect was much more powerful among boys than girls. This shows the continuing relevance of media literacy because our views on gender are so often formed by media.

Thanks to this groundbreaking research, MediaSmarts offers teachers our Digital Literacy Curriculum Framework, a complete K-12 suite of lessons and resources that integrates seven aspects of digital literacy including Ethics and Empathy, Privacy and Security, and Community Engagement. These provide tools for addressing these issues at all grade levels, linked to curriculum expectations for each province and territory. For today’s students, there’s no separation between the offline and online worlds; it’s up to us to help them understand that what makes relationships healthy and respectful doesn’t change online either. 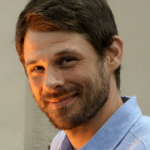 Matthew Johnson is the Director of Education at MediaSmarts. 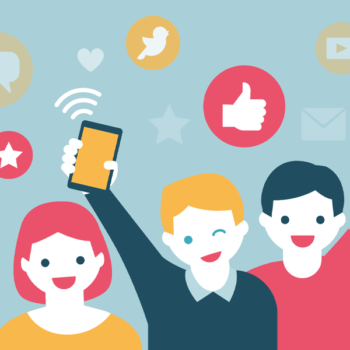