Simplifying one’s relationship with language and culture in French-language schools is not an impossible task!

Home / Blog Perspectives / Simplifying one’s relationship with language and culture in French-language schools is not an impossible task!

In his paper Les enseignants au Canada: une vaste profession sous pression (Teaching in Canada: A vast profession under pressure) (2012), Maurice Tardif concludes by asking a simple question that neatly sums up what many Canadian teachers think: “Is this long litany of requirements that teachers must satisfy making teaching an impossible profession (…) for those who endeavour to meet them?”

In addition to the constantly evolving workload, which the author attributes in particular to the expansion of knowledge, technological change and the transformation of the family, other related issues are also emerging, such as the failure to respect the maximum number of students per class (The Alberta Teachers’ Association, 2018) and the increase in classroom violence (see the data published in 2018 by the Elementary Teachers’ Federation of Ontario). So much for the many problems that teachers face in general, but what about the additional issues of teaching in minority French-language schools?

In examining the social and professional situation of teachers across Canada, Maurice Tardif didn’t go into the distinctive characteristics of minority French-language education. We know, however, from surveys conducted by the Canadian Teachers’ Federation (CTF) in 2004 and 2014, that in addition to having to cope with the same problems as their English-speaking counterparts, teachers in minority French-language schools also have to deliver on another mandate—helping students develop their linguistic and cultural identity. Given the extreme diversity of their students’ cultural and linguistic experiences, this additional task requires constant thought and awareness from teachers and, over the long term, it can contribute to burnout.

Let’s set these somewhat gloomy thoughts aside for a moment and reflect on the value of the French language as a means of cultural transmission. It’s important to remember that for many people, language and culture are one and the same. On reading a short article by Claire Merleau-Ponty (2010) explaining new cultural transmission methods used in museums and the problems they can present, I found myself comparing our situation with that of museums:

Transmission, in the primary sense of the term, means passing on components of culture to the next generation. The nature of the components passed on determines the transmission itself, as each type of component passed on raises specific problems:

A certain parallel can be seen between cultural transmission in museums and the transmission that occurs in the minority French-language community. In both cases, if transmission fails to take place, the culture is destined to disappear. What appears to be a problem in a minority-community setting is not so much language itself, but rather the transmission of culture. Our young people learn French at school by taking courses in the school subjects chosen by the provincial and territorial departments of education. They are generally fluent in both languages, and school boards are well aware of that, since they promote French school as a place to become bilingual and better prepared for the job market.

Research conducted by the CTF as part of the “Knowing One’s Community” project points out, however, that there is less and less room for arts courses at school and that young people therefore have fewer opportunities to be exposed to culture through the arts. At the same time, school curricula for non-arts subjects have fewer and fewer learning outcomes focused on Francophone culture and community. This means that we teachers in minority French-language schools are left with the problem of memory and restitution raised by Claire Merleau-Ponty.

The easiest type of heritage for teachers to pass on is scientific heritage, as its transmission depends on popularization and explanation. The entire school system is built around this type of information.

So, to go back to the question of the intangible heritage that is culture, what can we do to ensure better transmission? A few years ago, the CTF began offering its Pédagogie à l’école de langue française (PELF) (pedagogy for French-language schools) to enable teachers in minority communities to do more to help students build their identities. In designing this pedagogical strategy and the associated tools, the CTF hoped to provide some relief to teachers in their daily tasks and simplify what they had to consider. PELF is intended to be a response to concerns about ensuring students’ success both academically and in terms of identity development, without adding to the workload of daily class planning. PELF can easily be incorporated into the classroom, thanks to the many links provided to existing resources, such as the Approche culturelle de l’enseignement (cultural approach to teaching), the Trousse du passeur culturel (conveyors of culture kit) and the Banque d’activités pédagogiques (ACELF) (bank of teaching activities).

In July 2018, the CTF will be holding a PELF training session in Saint-Pierre and Miquelon for teachers who work in minority French-language schools in Canada. Get in touch with your local school board to find out more. You’ll come back from Saint-Pierre with a whole array of teaching tools that will let you approach your job with enthusiasm and composure. 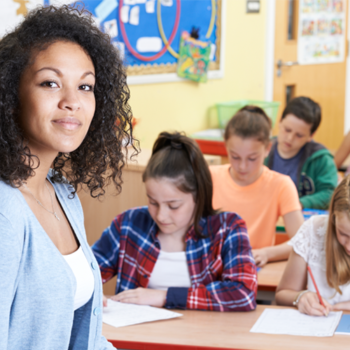