Teaching about gender diversity with My Prairie Home

As a transgender substitute teacher, the first question students invariably ask me when I step into their class is, “Are you a boy or a girl?” The answer is: I’m both.

I’m never surprised by this either/or question. The idea that a person could be both is, by and large, absent from the K–12 curriculum. Furthermore, gender non-conformity is all too often stigmatized in elementary playgrounds and high school hallways. A nationwide survey by Egale Canada found that 74 percent of trans* students reported having been verbally harassed at school, while over one-third reported having been physically harassed or assaulted at school because of their gender expression.[1] I know from lived experience that it’s difficult to imagine a positive future for yourself when the existence of people like you is systemically erased or stigmatized. So it’s hard not to draw a connection between this and the findings of a Trans PULSE study that 47 percent of trans* youth (ages 16–24) in Ontario reported having seriously considered suicide in 2010, with about one in five acting on these suicidal thoughts.[2]

Rae Spoon, a trans musician from Alberta, sings and writes about their experiences living in the precarious but liberating space between genders. These stories are the subject of a brilliant new NFB documentary called My Prairie Home, which is being screened in schools across the country. In addition to its musical and cinematic merits, My Prairie Home represents a prime opportunity to make trans* issues visible in the curriculum and confront the stigma associated with gender diversity.

I was excited to be able to contribute to the educator’s guide that accompanies this film. The guide (PDF – 7.22 MB) includes reflective exercises that teachers can use to acknowledge and critically examine their taken-for-granted assumptions about how many genders there are, who decides a person’s gender, and whether there are right and wrong ways of enacting gender. This guide also demystifies key concepts related to gender diversity. For example, what’s the difference between sex and gender? Why isn’t being trans* considered a sexual orientation? And what does that asterisk (*) mean? Being fluent in these gender fundamentals empowers educators to create safer and more welcoming learning environments for students of all gender identities and expressions.

To help you teach these topics in informative and interactive ways, the guide presents several classroom activities inspired by My Prairie Home. For example, there’s a mapping exercise for gauging the safety of your school for trans* and gender non-conforming people, followed by an exploration of what it would mean to be an ally in your school. There’s an arts-based lesson on using visualization to build resiliency in tough times. There is also a variety of media literacy activities for analyzing the striking use of imagery and symbolism in the film in relation to themes such as isolation, transition, and coping through music.

I strongly encourage high school teachers to use My Prairie Home as a springboard to dance in the “in-between spaces” and pry open the possibilities of what it can mean to be human.

To access the film, activate your NFB CAMPUS subscription, purchase the film on DVD or download the film on NFB.ca or iTunes.com.

Note: The article, Teaching about gender diversity with My Prairie Home, first appeared on NFB’s blog on March 25, 2014.

The National Film Board of Canada 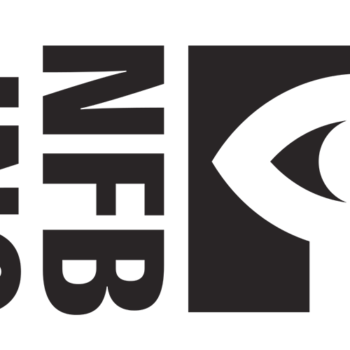