The evolution of French-language education in Canada

Home / Blog Perspectives / The evolution of French-language education in Canada

The Canadian Teachers’ Federation (CTF) is happy to have been working once again in partnership with the Fédération nationale des conseils scolaires francophones (FNCSF). Two other organizations have also been involved in making this project a reality: the Association canadienne d’éducation de langue française (ACELF) and the Commission nationale des parents francophones (CNPF). The project has also received financial support from the Government of Canada.

For what purpose have we been working together, you may wonder? To celebrate the 150th anniversary of Confederation, of course! We felt it was important to emphasize Canada’s linguistic duality through events that have marked the evolution of French-language education in this country.

Since it was important for all partners that the information be disseminated not just in the schools, but to the general public, two educational guides were prepared: one for schools, and one for communities. Both are naturally bilingual, and thus accessible to everyone. They identify four steps in the history of French-language education:

The educational guides are available in PDF format on Édu Expo website.

Since they are designed for different audiences, the two educational guides were naturally designed differently. The one for readers in the community presents the various historical events in a series of short paragraphs divided according to the time period.

The one designed for the classroom presents the information in combination with testimonial cards and educational cards for elementary and secondary teachers, who are naturally free to apply their creativity in using this material in their everyday teaching, making connections with the curriculum goals for their particular province or territory. They can also access Édu EXPO, where they will find both these tools and an interactive website offering online workshops until the end of June.

Today’s French school is a vital community link that promotes the engagement and success of all who have found their rightful place, whether as students, teachers or members of the community. As a result, everyone can live and grow in their own language while remaining open to the world. Many battles remain to be fought, but who knows what the future holds and how tomorrow’s major issues – such as early childhood education, daycare services or immigrant integration into the community – will evolve. One thing is sure: Canada’s Francophones and Acadians will continue to find their place and make their contribution to the history of Canadian Confederation. 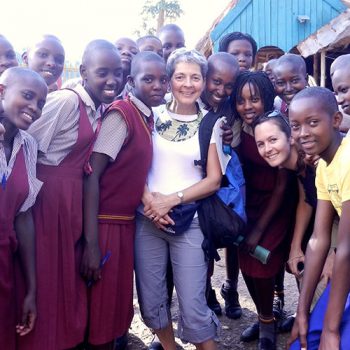