The federal election may be over, but the teacher voice will continue to be heard

Home / Blog Perspectives / The federal election may be over, but the teacher voice will continue to be heard

On October 19, 2015, Canadians voted for change. According to Ensight Canada’s post-election research,

Voters made a deliberate decision to restore the values they view as traditionally defining Canada and Canadian society, including civility, kindness and inclusion.

At a time when economic uncertainty and geopolitical turmoil are creating stress, Canadians have a diminished threshold for fear mongering, confrontation and division at home. In turn, voters embraced Trudeau’s agenda of hope and optimism, at the core of what they perceive as the values traditionally defining Canada, by giving the Liberal party a majority mandate.

Here we are with a majority Liberal government promising to run deficits in order to make investments in Canada’s physical and social infrastructure. This was not something anyone imagined possible at the start of the longest election campaign in Canadian modern history. The sight of Prime Minister Justin Trudeau and his family walking to Rideau Hall in “Kennedy-esque” fashion seemed to bring hope and promises of “sunny ways” to the country.

In spite of the palpable relief felt by many, this is not the time to become complacent. The concerns expressed by teachers channeled through the CTF about children living in poverty, a lack of mental health services for children and youth still exist. It is up to us now to ensure that progress is made by the government.

Over the coming weeks, the CTF will be advocating for the creation of a federal agency or office in Ottawa with the mandate of ensuring the wellbeing of children and youth. During the last Parliament, the Liberals introduced a private members Bill C-701, An Act to establish the Office of the Commissioner for Children and Young Persons in Canada. The CTF is calling for the government to reintroduce that legislation in the first 100 days of its mandate.

Prime Minister Trudeau sent a clear message concerning the importance of Canada’s youth when he appointed himself the Youth minister. The establishment of an officer of parliament increases the permanence of this commitment.

Whatever the political stripe of members of Parliament, we believe the majority of Canadians want the best for our children and youth. To the relief of thousands of election workers, the election ended on October 19th. For those of us looking for change in Canada, the work began in earnest on the 20th. 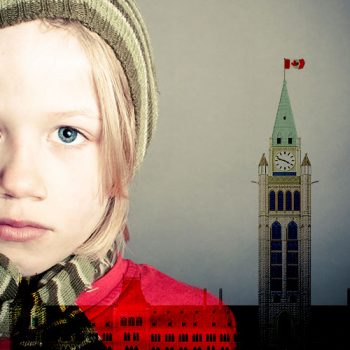