Vignette: One person’s learning is another one’s joy

A few years ago, I accompanied a group of young people to a week-long bilingual conference. While the conference was bilingual, most participating students and accompanying adults did not seem to be. And although I was good enough in English at the time to ensure my survival, I was, for the first time in my life, deprived of French for a considerable amount of time. In fact, after three days, I was experiencing psychological withdrawal symptoms to such an extent that I felt physically sick. I remember having a flashback of my experience as a facilitator at an immersion summer camp where participants had to sign a contract forbidding them to speak English for their… six-week-long stay! However, as I was more concerned about the state of mind I was in, I decided to share what I was going through with the other adults in the group, using my broken English. To my surprise, most of them were bilingual and miraculously started to talk to me in French. I was cured! To this day, many of them are still friends with whom I’m always happy to connect. Had it not been for this “incident” and my level of English back then, I wonder if we would have developed the bonds that still unite us today.

I now have the chance to work in an environment where bilingualism is valued and entrenched in practices and day-to-day operations. The majority of my colleagues are bilingual or have simply become accustomed to hearing both languages around them. It is not unusual to hear people in the staff room or in hallways using the two languages interchangeably or laughing at a joke told in one language and, inevitably, explained in the other language for those who did not get it. I often think that it would be nice if my work environment was a reflection of our beautiful bilingual country. Unfortunately, it is not yet the case.

Who never experienced the situation, as an Anglophone or a Francophone, where French-speakers outnumbered English-speakers, but people spoke English nonetheless? Why does this happen? Maybe because of a combination of respect, fear of offending others or convenience. Why bother since Francophones are all bilingual, right? But there are a lot of Francophones who, like me, can communicate fairly well in both languages, but continue to think in French and express themselves much more clearly in their mother tongue. (My dear Anglo friends, you don’t know what you’re missing!) Of course, the same goes for the majority of Anglophones who have learned French.

Yet I am more optimistic than ever. Over 80% of Canadians consider bilingualism as a national value. Even more believe their children should learn the second language, and this percentage increases among the younger generations, a tangible sign that positive change is occurring in our society.[1]

A few years ago, Rodrigue Landry, a researcher for whom I have a lot of respect, conducted a study on the potentiel caché de l’exogamie[3] [hidden potential of exogamy]. This study provided a fresh look at the exogamous couple which, until then, consisted of a poor Francophone partner and an awful, assimilating Anglophone partner. All of a sudden, this study cleverly presented the exogamous couple as the panacea for the issue affecting Francophones. It was a matter of mathematics: a Francophone man A marries a Francophone woman B and together they have ONE Francophone child. But if this Francophone man A marries instead an Anglophone woman C, and the Francophone woman B marries an Anglophone man D, the initial couple—defying the grandmother’s and the local priest’s opinions—has the potential to bring TWO Francophone children into the world if, of course, our lovebirds are smart enough to raise their kids in French. It is nothing less than the “multiplication of French loaves.”

But of course, things are not that simple. Our two Francophone lovebirds who tied the knot with Anglophones must be ready to face the challenge that awaits them. If raising children in French in an exogamous couple was easy, I would not be writing this vignette. This is where I put in my pedagogical two cents.

French-language schools must address the issue of exogamy in a coherent and strategic way. The teenagers in our schools are tomorrow’s parents, and we are missing the boat if we do not educate them about this reality. If we fail to prepare youth to become parents that are committed to the Francophonie, we will still be forming committees to develop strategies for recruiting their children in a thousand years (if we last that long).

Let me bring this dream even further: while French-language schools prepare their students to become committed parents, wouldn’t it be great if schools with immersion programs prepared their students to become perfect Anglophone partners in exogamous couples? Imagine happy couples who would procreate in French as if this was the most normal thing in the world. Imagine young Anglophone adults who would be sensitized to the challenges of the Francophone community and who would clearly understand the importance of raising their children in a Francophone environment, without feeling threatened. In other words, bilingual students in immersion programs are perfect partners for Francophones, as long as both partners understand the issues.

I was recently waiting in line at the movie theatre, chatting in French with my friend. Behind us was a group of noisy young people with multicoloured hair, pushing each other and laughing loudly at everything and anything. One of them, who had his nose, ears and eyebrows pierced to the point where one could wonder if his head was still waterproof, came up to us and said, with a heavy English accent: “Hey! Bonsoir, je parle français aussi.” I told him I was glad to hear that he could spreak French as well. He then told me that he had gone to an immersion school in his neighborhood and that he was always happy to practice. One of his friends, who could not be missed with her bright blue hair, looked surprised and suddenly became quite interested in him. Their discussion continued in English, and I quickly understood that if he wanted to chat with us, it was mainly to impress her!

Should you, one day, happen to be sitting in a meeting with someone with body piercings all over, give him my regards and, for goodness’ sake, don’t speak English just to please him. Not only does he speak French, but he’s also proud of it!

This article was originally published in the Journal de
l’immersion/Immersion Journal, vol. 33, no. 2, Summer 2011. It is reproduced and adapted here with the
Canadian Association of Immersion Teachers’ authorization. 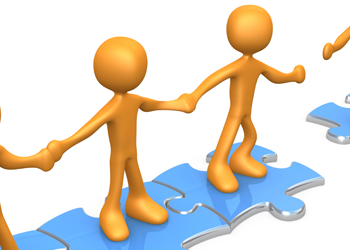