In March, I had the privilege of attending the United Nations 63rd Commission on the Status of Women (UNCSW63) in New York City. I was one of 16 women in a delegation representing Educational International (EI), the global federation of the teaching profession. In total, we were 177 union delegates from across the world joined together in New York to ensure that women’s rights were being addressed. The priority theme this year was “Social protection systems, access to public services and sustainable infrastructure for gender equality and the empowerment of women and girls.” It’s a long title, but it captured the scope of areas in need of addressing.

I was in the midst of my last session, and it had been mounting inside of me, that feeling of anticipation that I used to get when I was going to a demonstration or rally. Since the difficult negotiations for teachers and public sector workers in Quebec in 2015, when I attended over 12 different rallies and marches against austerity, I had declared myself an activist. Those demonstrations held an energy that was incredible, almost palpable. This session, Gender Responsive Public Services: Working in Public Services, brought together three incredible women, each contributing in their own way to the fight for women’s rights in the public sector. There was a feeling of empowerment in the room.

Canadian Teachers’ Federation (CTF-FCE) Past President Dianne Woloschuk1, who is an Executive Board member, spoke about the importance of unions for women and the danger of privatization. According to Woloschuk, more women need to be in administrative positions so they can have an impact on educational policies. She insists that we need to change our rhetoric by asking for equal pay for equal valued work. Women’s work is not valued and this needs to change.

Jan Hochadel, the president of American Federation of Teachers (AFT) Connecticut, also wants women to have a bigger voice in the workplace. She says that women in the public sector are often made to feel guilty when they don’t volunteer their time for the good of their students or their patients. This has to stop. Women have to start putting themselves first.

Gloria Mills, the president of the Women’s Committee of the European Trade Union Confederation, a true powerhouse, said “Women need to be in the room, not in the corridors doing the research” during collective bargaining and policy making.

These women were passionate and persuasive. I was overwhelmed with a sense of pride and excitement. I felt energized, purposeful, determined, and powerful; this is how solidarity feels. United with a common interest. I was ready to run out into the streets in protest. These women knew how to motivate the crowd and the crowd was reacting. This is what it takes: powerful women motivating other women to be leaders. We need to rise to the occasion!

In an especially notable session, Impacts of Neoliberalism and Austerity on Women: A North/South Conversation, Mison Woo, the Regional Coordinator for the Asia Pacific Forum on Women, Law and Development, said that women have become mere capital and that it’s time to build a people movement, a feminist movement. To turn her words into action, she is preparing for a women’s strike in Asia on the 2020 International Women’s Day.

I learned about neoliberalism, a trend for the past four decades, while I was doing my master’s in art education at Concordia University. Simply, individualism and freedom supersede the welfare of the public or the collective. Capitalism is valued through condemning unions, deregulating industry and financial institutions, and opening up global trade. The neoliberal agenda has turned education into a commodity, and through increased privatization created the illusion of choice for parents, implemented performance-related pay and inserted national testing; all of these amounting to an attack on public education. It’s important to recognize that neoliberalism is the ruling paradigm in education today and in particular in Western society. The impacts of this overriding paradigm are important and are particularly harmful to women.

Annick Desjardins, lawyer and Executive Assistant to the President of the Canadian Union of Public Employees, says that unions are the key to fighting the neoliberal agenda. Collective bargaining, enforcing rights already obtained and lobbying through mobilization and research, and in particular economic research, are all key and are carried out through unions. When a well researched campaign backed up with economical data, it can promote and value women’s work.

The entire week in New York was filled with personal narratives from powerful women: women fighting for publicly funded daycare, women sharing their stories of resilience in Africa and El Salvador, women asking for gender equality in their church community, women tired of being paid less than their male counterparts, women asking for government policies against sexual harassment, women asking for quality education, women contributing to society and making a difference, and women leading the way. These narratives are essential in the journey to equality. In order to move forward you need strong leadership from the top, partnerships, strong data and gender parity.

This entire experience left me empowered and motivated to continue taking action for my sisters at home and around the world. But, it was what Gloria Mills said at that last session that encapsulated the UNCSW63 for me: “When women lead, women win!”

1 Dianne Woloschuk played an important role in my leadership journey. In 2016, while at the CTF-FCE Women’s Symposium in Winnipeg, Dianne encouraged me to run for the position of local president in the West Island of Montreal. She told me that women need to have more confidence in their abilities to do the job. I ran, I won, and thus began my career in unionism.

Heidi Yetman, President of the Quebec Provincial Teachers Association and Vice-President on the CTF-FCE Board of Directors. 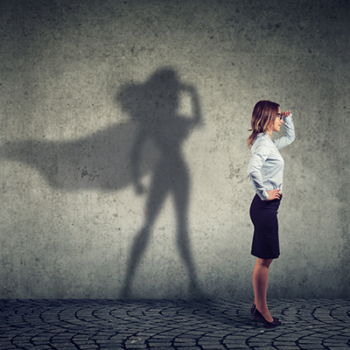