Women in Educational Leadership in the Teaching Profession

Examining Women in Educational Leadership in the Teaching Profession

The mandate of the Alberta Teachers’ Association (ATA) Women in Leadership Subcommittee includes research, public awareness and advocacy concerning the high-lights and low-lights of women in educational leadership. This article highlights the results of a needs assessment survey on systemic barriers that impact the entrance and progression of women in educational leadership roles.

To consider the question of underrepresentation of women in educational leadership and the associated status of women within the Alberta teaching profession, the Diversity, Equity, and Human Rights (DEHR) Committee of the ATA created a Women in Leadership (WIL) subcommittee, during the 2018-2019 school year.

The mandate of the subcommittee included the development of a research plan to investigate the experiences and obstacles affecting women in educational leadership in both the Association and public-school jurisdictions. A needs assessment survey was conducted and three major themes were identified: normative gatekeeping, gender stereotyping and work/family balance.

Normative gatekeeping refers to the acceptance of a normalized model of leadership and the processes put in place to ensure that the accepted standard for leadership is maintained and replicated (Newton, 2006; Sperandio, 2015; Tallerico, 2000). Bierema (2016) explained that “leadership literature has long been dominated by representation of the ideal leader as an individual who operates within a culture- and value-free space, possesses masculine traits, and is, ideally, male” (p 121). Normative gatekeeping and the reliance on an ideal leader model are evident in the data for this study. Participants identified three ways they experienced normative gatekeeping practices: overrepresentation of men in leadership positions, preferential hiring practices and lack of both formal and informal mentorship opportunities.

For many of the respondents, discrimination based on gender was evident because of the imbalance of the numbers of men and women in positions of leadership in relation to the overall population of teachers. This is evident in the low percentage: approximately 13 percent of women are school superintendents in Alberta. The Association’s senior levels of leadership are similar. The 2019 Provincial Executive council was composed of 19 elected representatives and the Executive Secretary.  Of these 19 representatives, 65% were men and 35% were female. Moreover, over the course of its history, the Association has had eight out of 55 or 15% provincial presidents who were female.

Blackmore, Thomson and Barty (2006) conducted a study in which they examined the perception of merit-based hiring processes and procedures for principal selection in Australia; they wrote that “it is evident that something has gone wrong with merit selection to produce such widespread disenchantment with the system” (p 298). The disillusionment referenced was due, in part, to their own finding that there was a clear preference on the part of hiring committees to select candidates who possessed known qualities despite stated goals to increase diversity within the principal leadership group. Blackmore, Thomson and Barty suggest that “the vexed technologies of selection tend to become a ‘reproduction’ model, in which those who do not fit a ‘normalized principal identity’ are excluded. That which is known or familiar can be called homosociability” (p 309). A more recent study from the University of British Columbia (2021) found that women who complete high school with A grades have relatively the same leadership opportunities than men with failing grades.

Even with hard work and proven capabilities women were not able to overcome the systemic barriers in place, such as normative gatekeeping. The qualitative comments of the participants revealed a perception that unfair practices were implemented in hiring for leadership positions in both school jurisdictions and the Association and that the ‘old boys club’ was still impenetrable.

Finally, respondents identified mentoring as a barrier to leadership positions for women. Mentoring is “a highly recognized and accepted strategy for attracting, developing, and sustaining leaders across the education sector and beyond” (Robinson, Horan, and Nanavati, 2009, p. 35). The qualitative data from this survey revealed that respondents identified differential opportunities for mentorship in their own career paths primarily on the basis of gender. Participants responded that women had fewer occasions to access mentorship opportunities. Particularly on an informal basis where they were often excluded, such as sports activities and informal get togethers.

The Office of the United Nations High Commissioner on Human Rights (2014) explained that “a gender stereotype is a generalised view or preconception about attributes or characteristics that are or ought to be possessed by women and men or the roles that are or should be performed by men and women” (para 1). The Gender Equality Commission of the Council of Europe, in its Gender Equality Glossary (2016), explained how “stereotypes about women both result from, and are the cause of, deeply engrained attitudes, values, norms and prejudices against women. They are used to justify and maintain the historical relations of power of men over women as well as sexist attitudes that hold back the advancement of women.” Participants in this study identified that gender stereotypes are present and operating in Alberta school jurisdictions and the Association.

Participants stated that within their contexts, there was a division of labour based on gender, and pointed out that gender stereotyping started with the locations where teachers work. One participant noted, “I think there is an underlying gender bias when looking at the grade level male and females teach at. This bias is that female teachers are elementary teachers, and male teachers are middle school/ high school teachers.” In other words, female teachers tended to work with younger students whereas male teachers work with older students. Drudy (2008) asked students and pre-service teachers why males did not enter primary school teaching and found “the perception that primary teaching is a women’s job, or that it relates to a mother’s role, was the most frequently offered explanation by both school students and school teachers for the low proportion of male entrants to primary teaching” (p 311–12).

“Women with children are expected to work like we don’t have kids and raise children like we don’t work. Look at the statistics. How many teachers are female—how many are in leadership positions?” (survey respondent quote)

The tension between work life, career progression and family is one that is well established in the educational literature and beyond (Bascia and Young 2001; Eagly and Carli 2007; Grogan and Shakeshaft 2011; Oplatka and Tamir 2009). As women continue to take on more responsibility outside the home, the amount of responsibility in the home for women has not decreased (Loder and Spillane, 2006; Oplatka and Tamir, 2009). Participants raised several interesting aspects with respect to childbearing, family obligations and career progression in relation to discriminatory treatment. While scholars point to work/family balance as internal barriers to a woman’s career advancement, given that many women still take on primary responsibility for domestic work at home (Bascia and Young, 2011; Oplatka and Tamir, 2009), participants also pointed out that there were aspects to their experiences that were external in nature. For example, one participant shared the view that “Women are often not put in roles of leadership if in child-bearing years. Commitment is questioned,” and another wrote “I believe that women are consistently passed over for leadership roles when they are in their ‘child-bearing’ years and also when they have young children at home.” Finally, another participant speculated that “young female teachers may be passed over for a position (contract) on the basis that they may become pregnant and request a leave.”

These comments illustrate how a masculine version of the ideal worker may be inhibiting the career advancement of women in schools and in the Association. While it may not be explicit in nature within school jurisdictions or the Association, the perception that women in their childbearing years are not potential candidates for leadership positions may have a caustic effect on female teachers who aspire to educational leadership.

The results from the needs assessment survey have confirmed that further research is needed into the systemic barriers that impact the entrance and progression of women in educational leadership roles. All these elements have been further emphasised by the current COVID-19 pandemic. In this era, the role of women is rapidly changing, responsibilities increasing and inequalities becoming more pronounced. This current lived reality has further reinforced the inequality already prevalent in today’s society. The economic downturn has been dubbed a she-cession (Lewis, 2020; LeanIn, 2020; Powers, 2020) and the impact on the working lives of women and teachers is beginning to be documented (Chung, 2020; Promundo, 2019; United Nations, 2020; Wenham, Smith and Morgan, 2020). The WIL committee continues to study various factors such as: family life, caretaking, socio-cultural roles and perceptions, and economics within the reality of the pandemic. 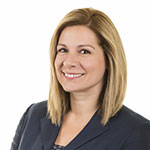 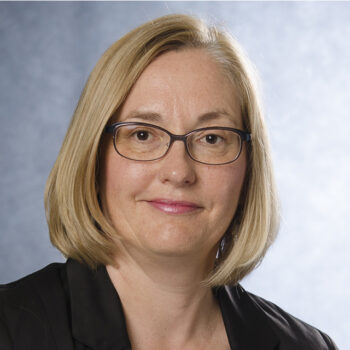 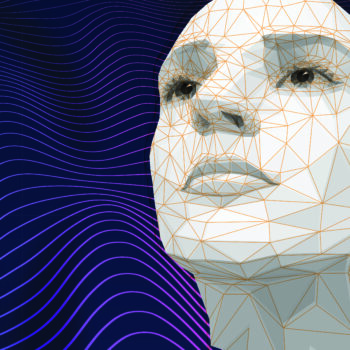