Dream Big Together: A practical resource to welcome refugee students to our Canadian high schools

The plight of Syrian migrants have made headlines for months now as Canada prepares to welcome them as refugees in the coming weeks. Many are school-aged youth who have not been schooled for weeks perhaps even months. Once in Canada, they will arrive at our publicly funded schools’ doorsteps with hope in their eyes as so thousands before them have done. By welcoming them to our vast country, we give these students the opportunity to learn, thrive and prosper.

“In 1956, Canada took in some 37,000 Hungarian refugees. In 1968, we took in 10,000 Czechoslovakian refugees in the aftermath of the Prague Spring. In 1972, 8,000 Ugandan Asians were welcomed to Canada, and then about 60,000 Indochinese ‘boat people’ were also welcomed as refugees. In the 1990s, over 11,000 refugees from the breakup of Yugoslavia made their way from Bosnia and Kosovo to Canada. And in the past decade nearly 14,000 people fleeing the ongoing civil war in Colombia have come to Canada.”

However, it seems history repeats itself in that right-wing rhetoric has tried to fuel fear into Canadians and by urging the federal government of the day to refuse entry to these refugees, as recently as in 1999:

“In the summer of 1999, several hundred undocumented Fujianese migrants (Chinese from Fujian province) arrived on Canada’s west coast, precipitating what many in the news media described as an immigration and refugee “crisis”. News coverage of these events precipitated a process of collective hand-wringing and teeth-gnashing, the result of which was that the refugees were portrayed as an embodiment of danger, a threat to the physical, moral and political security and well-being of the nation.”

Sound familiar? The good news is that naysayers have been proven wrong. Again and again.

Canadian teachers have always played a key role in welcoming refugee children and youth throughout history. After all, we are a country of immigrants and refugees.

To support schools in welcoming refugees and immigrant families, the resource called Dream Big Together was first developed in French by the Canadian Teachers’ Federation (CTF) in cooperation with the Association canadienne d’éducation de langue française (ACELF). The English version was eventually produced with the support of the professional development officers of the Council of Atlantic Provinces Teachers’ Organizations and the Multicultural History Society of Ontario so that it reflects the cultural diversity in English Schools. This version is also available for French immersion and French as a second language.

The 25-page booklet is designed to support secondary school students, members of immigrant families and educators and school administrators in Canadian secondary schools. It attempts to ignite a dialogue on cultural diversity within the school setting. Activities proposed in the booklet encourage students to understand and respect cultural differences and to appreciate similarities with other young Canadians. Members of immigrant families will also be able to discover strategies to help their children integrate into the school community. Finally, Dream Big Together is valuable for teachers and school administrators as a means to promote cultural diversity within their own schools. The Dream Big Together facilitator’s kit includes a copy of the booklet for parents, the facilitation CD-ROM and the printed facilitation handbook (available electronically on the CD-ROM or free of charge on the CTF website).

Schools may order copies online from our Publications Catalogue. 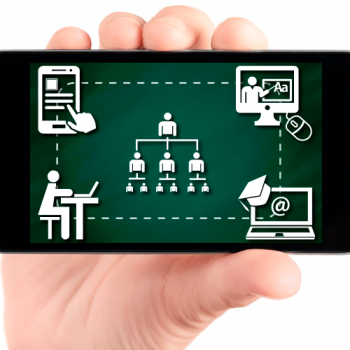