International Women’s Day, an important one for teachers

The designation of International Women’s Day began early in the 20th century and was the result of a movement in which women were seeking equal participation in society.

The annual event was first observed on March 19, 1911, in Austria, Denmark, Germany and Switzerland with more than one million men and women showing public support. From that year on other countries joined the movement which is now worldwide.

In 2015, International Women’s Day will highlight the Beijing Declaration and Platform for Action (PDF), a historic roadmap signed by 189 governments 20 years ago that sets the agenda for realizing women’s rights. While there have been many achievements since then, many serious gaps remain.

This is the time to uphold women’s achievements, recognize challenges, and focus greater attention on women’s rights and gender equality to mobilize all people to do their part. The Beijing Platform for Action focuses on 12 critical areas of concern, and envisions a world where each woman and girl can exercise her choices, such as participating in politics, getting an education, having an income, and living in societies free from violence and discrimination.

To this end, the theme of this year’s International Women’s Day is the clarion call of UN Women’s Beijing+20 campaign “Empowering Women, Empowering Humanity: Picture it!”

Much has improved for women since this movement began. However, there remain countries where women and girls fear for their safety, are subjected to rape and gender violence on a daily basis, and access to education is either denied or out of reach. The theme speaks to the need for empowerment of women to ensure gender equality, to help address the issue of poverty, and to guarantee human rights for all.

On March 9th, the 59th session of the United Nations Commission on the Status of Women will open in New York to review progress on gender equity 20 years after the adoption of the Beijing Declaration and Platform for Action. As the Chair of the CTF Advisory Committee on the Status of Women, I have the privilege and honour to be a member of the Education International (EI) delegation and join other women from national and international unions and NGOs in this review process from a teacher and education perspective. CTF contributed to the Beijing+20 Canadian shadow report “Progress on Women’s Rights: Missing in Action” (PDF).

One CTF initiative in partnership with the Uganda National Teachers’ Union (UNATU) Program and our work with Latin American unions helps develop non-sexist curricula and teaching practices have caught the attention of the United Nations Girls’ Education Initiative (UNGEI). The Teachers’ Action for Girls (TAG) project in partnership with the UNATU has been recognized as a promising practice worthy of further research for possible adaptation elsewhere.

The CTF Advisory Committee on the Status of Women meets regularly via Web conferences and advises the Executive Committee on policies and direction related to the status of women in education. It also examines trends related to women in general.  In the past, a large part of the committee’s work consisted of examining human trafficking in Canada which is growing at an alarming rate as a multi-billion dollar industry. This year, the committee will be examining the hypersexualization of women and girls and developing a policy on this issue.

Our work is never done. But on this day, do take time to pause, celebrate and recognize the accomplishments that teachers and their organizations have made to advance gender equality. We must also remember the women and girls who are/were brave enough to stand for human rights against terrible odds and the threat of death. Rally for change, create awareness regarding inequality, poverty, human rights, and social advancement, and above all, keep the momentum going as we strive for peace and gender equality worldwide. 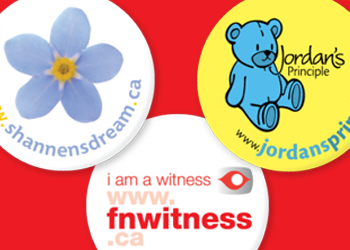