Nothing about youth without youth

Home / Blog Perspectives / Nothing about youth without youth

There are few examples of youth-led activism as striking as Greta Thunberg and her student climate strike movement. Now nominated for a Nobel Peace Prize, Greta joins the Parkland School shooting survivors, Indigenous climate activist Autumn Pelletier and hundreds of other teenagers in taking the world by storm through their dedication to the fight for justice. Over the past few years, I’ve been humbled to be a small part of an initiative doing the same.

Plan International Canada’s Youth for Gender Equality initiative, or YGE, is just this; a group of young people living in Canada contributing to our generation’s efforts towards justice. A three-year initiative co-led by Plan International Canada and the Canadian Teachers’ Federation (CTF/FCE), YGE engages youth throughout Canada to spearhead progress towards the United Nations’ Sustainable Development Goal 5 on gender equality.

At the early stages of YGE, I was brought on as a dialogue facilitator at a local French high school. This was a pilot dialogue, held in preparation for the dozens of official dialogues set to take place across the country to collect data for an eventual roadmap. Whether it be in high schools, community centres, or homes, these dialogues sought to reach young people in Canada of all walks of life. Dialogues sought out Francophones, recently arrived immigrants and refugees, racialized youth, LGBT+ youth, Indigenous youth, and differently abled youth. A common thread in these discussions was their facilitation by a young member of the community.

This commitment from YGE to have all voices at the table to tackle gender inequality in Canada was present from the initiative’s inception. By ensuring this representation, the initiative’s data was to be more complete and relevant to the subsequent discussion. What drew me to remain engaged with YGE was its integration of youth leadership at every step of the way. The data collected in the dozens of pan-Canadian dialogues was interpreted and synthesized by a youth-led Data Analysis Committee on which I sat.

This data was then presented to young people from across the country at the Policy Writers’ Conference in Ottawa. Undergoing training and engaging in discussions about policymaking and the political process, YGE changemakers operationalized the data into concrete calls to action and policy recommendations. Readers can access these calls to action in the YGE Roadmap.

More than just good data collection, YGE’s approach is just another iteration of the “Nothing About Us Without Us” phenomenon. Finding its beginnings in medieval Central Europe, “Nothing About Us Without Us” was popularized in English through disability rights activism in the 1990s. In its essence, it posits the idea that all members of a community affected by a policy must be involved in its creation. This increases the likelihood that the policy is just, efficient, and respectful of the community in which it operates.

This could not be more true for YGE. The principle was in action at every step of the way, from data collection and interpretation to policy formulation and presentation. In early June 2019, a youth delegation attended the Women Deliver international feminist conference in Vancouver. There, the initiative’s three-year process, including its centering of young people, was formally launched and introduced to the busy world of changemaking. It definitely stood out.

Participating in Plan International Canada and CTF-FCE’s YGE initiative has certainly been a highlight of my past three years. Beyond meeting dozens of talented individuals, my time with YGE is an important experiential learning opportunity which highlights the importance of “For Us, By Us” policymaking. There are many examples in history which highlight both the success of such an approach and the failures of ignoring it.

It is encouraging to see educators across Canada buy into this notion with the development of provincial curriculums and in-class learning activities. There is, however, always more work to be done. As educators across the country stand up against austerity and for quality education, as the climate crisis inexorably continues, as the beasts of nationalism and intolerance rear their ugly heads, now more than ever is the time to commit to inclusive and transformative education and policymaking. In these initiatives, much like in YGE, young people should continue to lead. 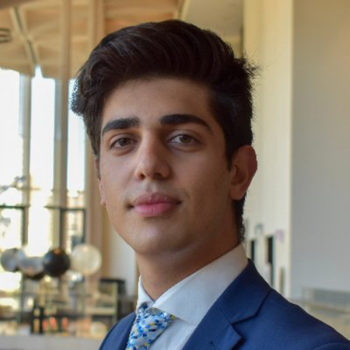 Pablo Mhanna-Sandovalparticipated in the Youth for Gender Equality initiative. 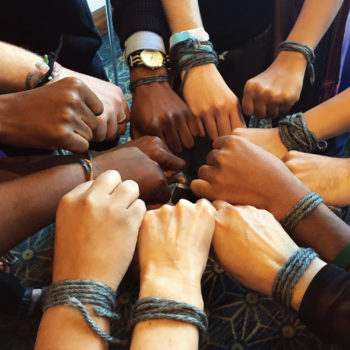