Gathered under sunny skies on the shore of Kawkawa Lake, two dozen teachers listened in rapt attention to the renowned Stó:lo- historian and cultural advisor Naxaxalhts’i, Albert “Sonny” McHalsie, as he shared his knowledge of S’ólh Téméxw, the beautiful lakes, rivers, and mountains within the unceded traditional territory of his people.

This special professional development and wellness day was the BCTF’s way of saying “thank you” for the important and difficult work they do as Aboriginal education workshop facilitators. Along with a few non-Aboriginal colleagues, they were taking a day out of time, reconnecting with the land, learning place names and concepts in the Halq’eméylem language.

As the bus headed upriver, Sonny emphasized that he was sharing both sqwélqwel, true facts and personal histories, as well as sxwo-xwiyam, the creation stories of Xexá:ls, the Transformers. He spoke of the origin of the great blue heron, of the mountain that looks like a man from upriver and a woman from downriver, of the once-overwhelming abundance of oolichan in the river now decimated by overfishing downstream, of the beauty of the women’s fasting grounds high in the hills, now logged out. At the lakeshore, he told of the sacred mask from the time of the 1782 small pox epidemic, when up to 90% of the population perished. “Whole villages were wiped out. They found the people dead in their canoes, in their homes.”

“The things we talk about in the classroom can be very traumatizing for people of Aboriginal heritage,” said Jesse Halton. “But that day, connecting with the land, putting my hands into the waters of Kawkawa Lake, was so reinvigorating! I could feel those lake people.”

In Hope, the bus turned into the Telte-Yet Campsite to view the site of a sqemel, a traditional pithouse. “Or, as the anthropologists would say, ‘a circular semi-subterranean winter dwelling’,” Sonny noted dryly, making air quotes as he indicated a deep round indentation in the earth. He asked four teachers to stand in designated spots to show where the house posts would have been and explained how the pit houses were built to be cool in summer and warm in winter.

That was an emotional moment for Dani Pigeau and her father Harold Lock, who is a cousin of Sonny’s. The two men’s great-great-grandfather, Sexyel, also known as Captain Charlie, inhabited the very house that once stood there.

“Standing on that place where my ancestors lived was overwhelming. It’s a sacred site that now is a commercial campground. They don’t know that’s where we lived and died. The sacred space is covered up, but you can still feel the spirit energy there,” Dani said. “I’m so grateful we still have our Knowledge Keepers. That day was big—a really big gift for me.”

For Brian Coleman, the trip evoked nostalgia overlaid with a tremendous sadness. “I have a lot of fond memories of driving that road through the [Fraser] canyon as a child, with my dad and my sisters. Dad would tell stories, but back then I never understood all the loss,” he said. “How full that land is! Yet so much is lost.”

Just how much was lost, and when, and where, and by whom—these are among the hard lessons Canadians are beginning to learn and teachers are mandated to teach. To support members, the BCTF offers 12 different workshops on topics including the legacy of residential schools, infusing Aboriginal content, Indigenous perspectives, decolonizing, and much more. And they are in high demand: of 296 workshops delivered in the 2018–2019 school year, 94 were Aboriginal education workshops. The facilitators are highly trained and deeply committed to this work, but it demands hard emotional labour.

“It’s like having PTSD and being triggered all the time. I live this history, I own it. So, retelling it is like ripping off a Band-Aid every time,” says Jacquie King. “At the same time, it’s super rewarding because people say thank you so much for sharing. People wouldn’t gain the same insights without our authentic voices.”

The facilitators expressed frustration at the continuing ignorance of some Canadians about this history, despite the lengthy hearings and massive reports by the Truth and Reconciliation Commission and the National Inquiry into Missing and Murdered Indigenous Women and Girls.

“People say OMG! I didn’t know! But how could people still not know?” asked Peggy Janicki. “I’m not very empathetic to that position anymore. I’ve been teaching this history for 16 years now.”

Still, it remains the fact that generations of Canadians learned absolutely nothing about the residential school system: the 150,000 children taken and the 6,000 who died; the hunger; the tuberculosis; the physical, sexual, and spiritual abuse. The true history is so shocking and brutal it is often met with skepticism, crossed arms, and even eye-rolls.

“You get the fact-checkers in the room, immediately opening their laptops or going on their phones looking up whether what I’m saying is true. It’s like, ‘I don’t believe that because I’ve learned something different my whole life’,” said Claire Akiwenzie. “A lot of people are giving their full attention, but there’s always someone who’s not having any of it. They’re totally walled up.”

Nodding, Heather Froste added: “Last year I found the reaction to be a lot more of ‘Yeah, yeah, okay, just give me the lesson plans.’ People don’t want to do the work. They just want to check off the box. Residential school history—tick! But that’s not an act of reconciliation.”

Not only do some question the veracity of information, they challenge the very identity of the presenters. Carlo Pavan noted that all workshop presenters experience resistance from time to time, no matter what the topic. “But the difference is that we’re talking about us—our history, our lived experiences, our identity. So, when you experience resistance to your own identity, the emotional cost is much higher. You feel invalidated. I often wonder if the SOGI facilitators feel the same way.”

Branden Peters agreed: “Some of the resistance is white fragility, because this history does unsettle people. It makes you feel things. Discomfort and guilt are two horns on the same goat.”

A middle-school principal once asked Peggy to “take it easy on the staff” because they had felt heartbroken after doing the Blanket Exercise. “Sorry, there’s no gentle version of this history,” she said. “It’s a pedagogy of discomfort.”

Unsettling as it may be, teachers are called to confront these uncomfortable truths. There have been significant changes to BC’s curriculum around infusing Aboriginal history and culture, and the BC Teachers’ Council’s new professional standard requires educators to “contribute towards truth, reconciliation and healing.”

Jean Moir has been doing just that in her Grade 3-4-5 classroom, helping to pilot the BCTF resource Gladys We Never Knew, about Gladys Chapman, a little girl taken from her home in Spuzzum to Kamloops Residential School, where she died of tuberculosis at age 12.

“Visiting Gladys’s grave was one of the most profound learning experiences my kids ever had. It was an amazing opportunity for them to connect to her story with their hearts, as well as their heads,” she said as the bus passed the Chapman family cemetery near Spuzzum.

“Children are hard-wired for fairness, so when you teach them about the historical and current injustices, they are outraged and eager to take action. Now my students are going home and educating their parents about the true history of Canada.”

Jean urged other non-Aboriginal teachers to dive into this work with open hearts and minds.

“It really is a personal journey, and once you start engaging with this history it takes on its own momentum,” she said.  “You confront your own shame and discomfort and biases, but it’s all so worth it. When you acknowledge something difficult and go through it, you come out a better person.” 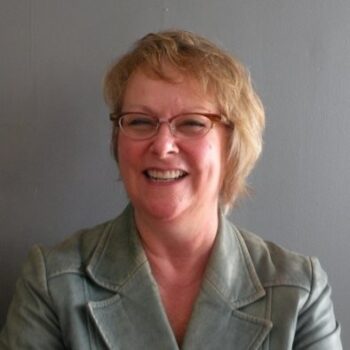 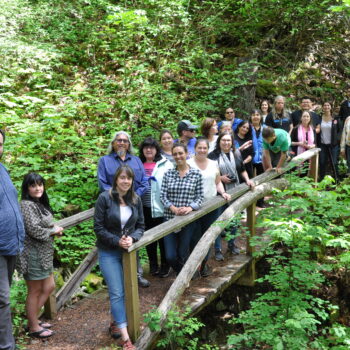