2019 marks the 100th Anniversary of the Winnipeg General Strike, a crucially important event in the history of our labour movement and our country.

For over six weeks, Winnipeg was the site of one of the longest general strikes in Canadian history, one that would have a profound impact on the development of the modern labour movement and Canadian politics for decades to come.

The conditions for the Winnipeg General Strike were forged in the years leading up to it by several factors.

Winnipeg in 1919 was a city teeming with class conflict.[1] Thousands of immigrants had settled in Winnipeg’s North End, where factories and warehouses bordered the rail yards that cut across the city. These neighbourhoods supported vibrant German, Ukrainian, Jewish, Polish, British and other working-class communities with their own political, educational, religious and cultural institutions.

These neighbourhoods were crowded, and houses were often cheaply built and subdivided so landlords could rent more rooms. Sanitation was often poor, and these communities were hit especially hard by outbreaks of typhoid, tuberculosis, flu and pneumonia.

Many workers became active in labour unions and socialist politics to improve their conditions. The solidarity of Winnipeg workers in the General Strike was rooted in the history of activism that began decades before.

During World War I, workers experienced low wages and many faced dangerous and unhealthy work. Rampant inflation meant a decline in buying power, and after the war ended many factories slowed down or closed.

Many of the soldiers returning from the Great War were unable to find decent work, with lay-offs and the return of unemployed soldiers increasing unemployment significantly.[2]

Meanwhile, huge corporate profits had been made during the war effort at the expense of workers and soldiers. Inflation was placing increasing pressure on the working class, who found it increasingly difficult to keep up. Workers demanded the right to collective bargaining and a decent, living wage – rights that the labour movement continues to defend today.[3]

Over the course of the Strike, business and industry ground to a halt, with the central strike committee coordinating only essential services. Many peaceful protests and marches were held, even in the face of violence carried out by the so-called ‘specials’, replacement police officers hired by the Citizens’ Committee of 1000, made up by Winnipeg’s business elite, and provided with wagon spokes as weapons to use against the strikers, after the regular city police force stood in solidarity with other striking workers.

On June 21, the Royal North West Mounted Police used force against strikers on what became known as “Bloody Saturday.” Though the strike was crushed in June, it inspired workers to continue to organize and fight for collective bargaining and other labour rights.

The years following the strike saw the institution of a minimum wage, improved workplace health and safety laws, employment standards, and eventually, many of the labour rights we have today. It was also a catalyst for strengthened labour-oriented political parties, first with the Co-operative Commonwealth Federation (CCF) and then with the New Democratic Party.[4]

Efforts to gain political power was an immediate result of the strike, with the 1920 Manitoba election seeing 11 labour representatives elected. Three of them were still in jail at the time for their roles in the Strike. Strike leader J.S. Woodsworth was elected to Parliament first in 1921, and would go on to be a pivotal figure in the founding of the CCF.[5]

Today, Manitoba’s labour movement is hard at work preparing to celebrate the centennial of the Winnipeg General Strike. Over the coming months, we will be holding many special events and presenting many commemorative projects to celebrate this special anniversary. Winnipeg will also host a large number of union conferences in 2019, as labour organizations across the country mark this important milestone.

We cannot stress enough how overwhelming the support for the centennial celebration has been from the labour movement here in Manitoba and across Canada. Without the dedication of our sisters, brothers, and friends, these events would not be possible.

When we look back at the legacy of the Winnipeg General Strike, this much is certain: working people have great power when they are united towards common goals and working for the benefit of all.

At a time when Canadian workers are facing governments at the federal and provincial levels that are turning back the clock on hard won rights, this legacy serves as an important reminder of what we can achieve when we work together in solidarity.

Kevin Rebeck is the President of the Manitoba Federation of Labour. 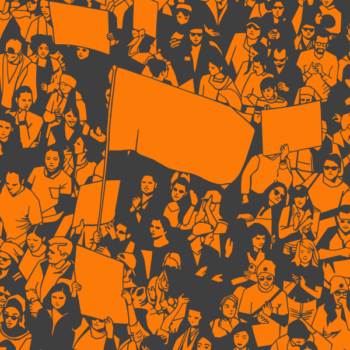