The global response to privatization and commercialization in education – It starts with you and me, as teachers

Home / Blog Perspectives / The global response to privatization and commercialization in education – It starts with you and me, as teachers

The CTF is intentional in our usage of the phrase “publicly-funded public education”. Around the world, we are seeing too many examples of “low fee” (not free) schools; exclusive (not inclusive) schools; and schools where “lessons” are taught by unqualified teachers (who in some cases are reading from a script). Although most Canadian children and youth have access to inclusive quality publicly-funded public education, there are troubling variations across the country (particularly in First Nations, Métis, and Inuit communities as well as both small communities and inner-cities). Given current global trends and pressures, we cannot take our education system for granted.

Canadians need look no further than the prosperous nations of Great Britain or the United States, to see public education systems in disarray. Ten years from now, we do not want to look back and ask, “Why didn’t we act to stop the privatization and commercialization of Canada’s education system?” To quote EI President Susan Hopgood, in a September 25 UN address on the Sustainable Development Goals: It’s time for “Deeds not words”. The CTF is proud to work with the Member organizations that make us a strong and effective federation. Together, we are committed to acting to halt the erosion of publicly-funded public education, at home and abroad.

In July of this year, delegates to the CTF Annual General Meeting participated in an intensive session regarding the on-going threat of the privatization and commercialization of education. Colleagues from coast to coast to coast met to share insights into the erosion they have witnessed in the provision of this public good. Since those rich discussions, CTF staff have been compiling pan-Canadian research on this topic. Early in the New Year, the CTF Executive Committee and then the Board of Directors will have the opportunity to discuss the research and confirm a plan to counter the rhetoric promoting the privatization and commercialization of publicly-funded public education in Canada.

At the same time, the CTF is participating in Education International’s (EI) Global Response Network. The Global Response Network is comprised of representatives of EI affiliates interested in collaborating on an international response to protect and promote publicly-funded public education. The most recent meeting of the EI affiliates collaborating on this work took place in mid-November 2015. Together, we are drafting a legislative framework that could form the basis for national teacher organizations to hold governments to account for providing quality, inclusive public education. All organizations involved in the Global Response campaign believe that free, high quality, universally accessible public education in every community remains a precondition for achieving a better world.

The recent expansion of the global market economy has seen an unprecedented rise of corporate/private engagement and investment in education. As a global community of educators involved in the EI Global Response Network, we are concerned about a growing inequality and the denial of universal opportunity as a consequence of this trend. Along with other EI affiliates, the CTF is also involved in drafting guidelines for corporate responsibility that some national, provincial, territorial, or state teachers’ unions and organizations may wish to use if private sector engagement in education is being considered (or is already in place).

There will be much more to say on this topic in the months and years to come. Education is a fundamental human right. Let us not forget that. If you would like to contribute to the CTF’s work to defend and advocate for publicly-funded public education, please drop me a line at [email protected]. 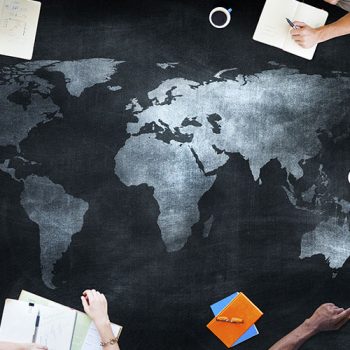