According to Statistics Canada, 75% of educators in Canada are women – 89% of these work in the elementary panel and 59% work in the secondary panel. But leadership positions in education, from department heads, to principals, to local and provincial union leadership, do not reflect these demographics. For example, of the 16 unions affiliated with the Canadian Teachers’ Federation, only five are currently led by a woman.

Leaders need to be connected to those they lead; they need to reflect the same principles, priorities, and values. The perspectives and contributions of women matter. So why are there not more women in leadership positions?

What is the issue?

As you read the next paragraph, try to create a mental picture of the activities being described.

You wake up late for your flight. You throw on your clothes and grab a cab to the airport. While on route, the cab driver makes idle chitchat, asking you where you are headed and for what purpose. Once you arrive at the airport, you rush to your gate and make it just in time to catch your flight. It is a fairly short and uneventful flight, and as you disembark, you thank the flight attendant and pilot before you exit the plane. You grab another cab to the conference you are attending on the latest tech in education. Before the conference breaks for the day, you hear the keynote address from the CEO of a company that is utilizing new disruptive technologies to engage at-risk students. You meet a couple of other teachers from the same city as you and head out to dinner. At the table next to you is a couple who are clearly celebrating an anniversary and the wait staff bring them a complimentary glass of champagne. When dinner is over, you head to your hotel room and call it a night.

In a 2019 online survey of 2,200 Canadians aged 14 to 24, commissioned by Plan International Canada and conducted by Nanos, only 10% of young Canadians said they picture a woman when they think of a CEO. Further, while all genders listed confidence as the top trait a leader should possess, only 55% of respondents who identified as female said they would describe themselves as confident, and 81% said they at least occasionally doubted they had what it takes to be a good leader.

Saadya Hamdani, Director of Gender Equality at Plan International Canada, said in a statement, “The disconnect between ambition and how girls and young women in Canada perceive their capabilities to lead is complicated – but it begins to make sense when focus is placed on the systemic barriers and the role gender socialization plays in shaping attitudes and perceptions from an early age.”

We tend to think that because we now have labour and equity laws, somehow we have eradicated any systemic barriers for women. When Justin Trudeau appointed a gender-balanced cabinet with the reasoning of “because it is 2015,” people scoffed at the idea that there needed to be a deliberate emphasis placed on the appointment of women. Many believed that the appointment of women necessarily meant that more qualified men were passed over. If there are qualified women in government, or any industry for that matter, should they not naturally rise to the top?

In an article titled, “On Women and Leadership,” the Harvard Business Review noted, “Research has moved away from a focus on the deliberate exclusion of women and is turning toward ‘second generation’ (sometimes more subtle) forms of gender bias as the primary cause of women’s persistent under-representation in leadership roles.”

Second generation bias refers to the powerful but subtle and often invisible barriers for women that arise from cultural assumptions and organizational structures, practices, and patterns of interactions that inadvertently benefit men while putting women at a disadvantage.

Due to the subtle and unintentional nature of second-generation gender bias, women may deny or be unaware of the systemic barriers to the same rewards and opportunities that men seem to have, specifically barriers to obtaining management and leadership positions in all aspects of life in any patriarchal society, from education, to business, to politics.

Here are just a few examples of the second-generation biases that are still actively at work:

This is the belief that some traits or characteristics are typically ascribed to one gender more than the other. For example, a belief that women are emotional and passive, whereas men are rational, strong, and confident.

Typically, qualities such as confidence, decisiveness, and toughness are ascribed to leaders, as opposed to leaders who are caring, empathetic, and sensitive. This inherently disadvantages women.

When men are successful, their performance tends to be ascribed to intrinsic factors such as diligent work and intelligence; when women are successful, their performance is often attributed to extrinsic factors such as luck or the aid of others rather than their hard work, abilities, or skills. This causes male success to be overvalued, and female success to be undervalued.

This is also known as the likeability penalty. For the most part, we expect men and women to reflect gender stereotypes. When women violate the behaviours expected of them, they are often punished by both men and women. When women are more assertive, they are liked less – just ask Hillary Clinton. When men behave altruistically at work, they are given accolades because it is not an expected behaviour. Women receive no such accolades, because it is expected of us. Often, women find ourselves in a position where we are expected to demonstrate more “leadership” traits, but when we do we are criticized for being too “male.”

This is the tendency to gravitate to people who are similar to ourselves in some way – appearance, background, beliefs, etc. Because white men still hold more positions of power, the affinity bias has a particularly negative and discouraging effect on women, people of color, and the LGBTQ community. Career aspirations are curtailed because of the lack of role models and the lack of mentors and models for other women. It also reinforces the fallacy that being a woman is a liability, or that leadership positions are not attainable for women.

Fortunately, attitudes and opinions on what makes a good leader are evolving, and qualities stereotypically ascribed to women are being given more prominence. A 2012 study published in the Harvard Business Review found that women leaders rank highest in their ability to take initiative and drive results. In the study, women scored higher than men in 13 out of 16 leadership competencies. The study also noted, “A great leader can connect with people, and we find that as leaders progress in an organization, their ability to empathize and understand people is absolutely critical…”

Women leaders are being praised for their ability to motivate and collaborate with others, their patience, empathy, emotional intelligence, strong business ethics, focus on overall growth rather than a narrow focus on achievement, and superior communications skills. Not only do women inherently have desirable leadership qualities, but they can also bring a fresh perspective to a situation that often benefits the group as a whole.

It can be incredibly discouraging if you have grown up never seeing a woman president, you do not remember that Canada once had a woman prime minister, you know that only 3% of CEOs in Canada are women, and you see how women politicians and upwardly mobile women are treated on social media.

Research shows us that one of the main reasons that women’s aspirations dwindle early in our careers is because they do not see woman role models ahead of them in the pipeline.

It is 2020. It is time that we got real and acknowledged there are still systemic barriers to women pursuing leadership roles. If we really want a more just and equitable society, we need to break through the barriers and shift the workplace culture.

We need to start right here, right now, by mentoring and empowering more women to step into leadership roles. Nobody is going to hand this to us. It is up to each of us to identify those barriers within our own organizations and do everything we can to create the conditions that will make it possible for other women to step up and make their mark.

Women can fail or succeed just as men can. But we need the opportunity to take our shot. 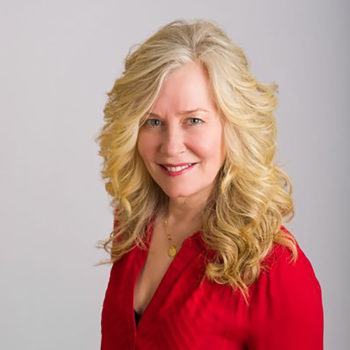 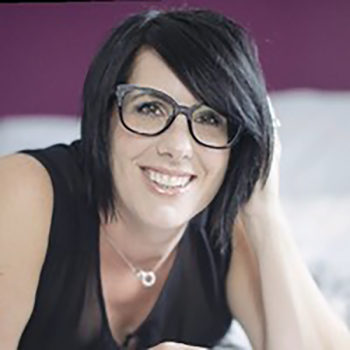 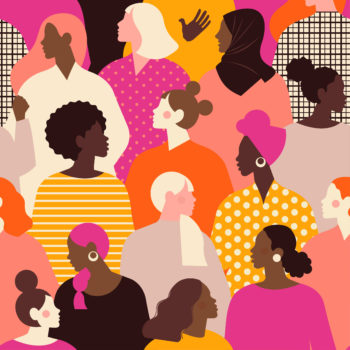