My understanding of the challenges faced by Francophones in minority settings came to a head recently when I heard the Premier of Ontario issue an official apology to the Franco-Ontarian community. Premier Wynne apologized for a 1912 regulation that effectively outlawed public French-language education in Ontarian schools for more than a decade. The adoption of Regulation 17 resulted in an entire generation being denied access to education in their mother tongue. Despite the fact that teachers and schools – and even students – who tried to ignore the rule could face sanctions from the province, many teachers continued to instruct their students in French.

In Ottawa’s Lower Town on a cold January day in 1916, a group of women – mostly mothers of the students – stormed the Guigues elementary school and took part in what is now known as the “battle of the hatpins.” A few teachers and mothers undertook a long siege of the “school of resistance,” armed with scissors and hatpins to guard the Guigues school’s entrance and prevent school inspectors and government representatives from entering. The teachers demonstrated exceptional devotion and courage during the struggle to ensure French-language education for Franco-Ontarian students, as did the mothers of the children who mustered to defend the school.

I am told this type of legislation and history also happened in many parts of Canada.

In this month of March, as we celebrate the Francophonie, I look with admiration at those who have worked so diligently to defend, fight and preserve their language and culture while living in settings where French is a minority and, in some cases, where French is spoken by only a few. Having the ability to speak more than one language is enviable. I look to my own path and that of my immediate family as we strove to learn a second language.

To be able to speak the other official language of my home province of New Brunswick and of Canada has been my lifelong goal. I grew up in a community where both languages are spoken so I know French phrases and have a fair comprehension. Fast forward 40 years since my high school graduation and I am now taking the opportunity to achieve my goal of being able to speak French more fluently.

While I complete my term as CTF President, it is my commitment to serve all members of our Member organizations to the best of my ability and in their mother tongue be it French or English. My husband Eric, who has a double major in French and English, and I ensured that our three children had the opportunity to learn French.

I believe being able to speak both English and French has afforded our children many opportunities even though they all have different levels of fluency. They learned the basics in school and took or made opportunities to use French outside of education.

The Canadian Teachers’ Federation, a bilingual organization, has championed and supported Francophone education in minority settings for decades. It is part of our raison d’être.

It is through its Services to Francophones that a vast array of educational resources have been developed to respond to the needs of teachers and students in Francophone minority settings. For example, one of our most recent resource offered online to teachers is called “PELF” – the Pédagogie à l’école de langue française (PELF) (pedagogy in French-language schools). It is a project which stemmed from the Francophone community’s desire to have a pedagogy specific to minority settings. The Education ministries from all provinces and territories where French is the language of the minority naturally turned to CTF to undertake this ambitious project.

The PELF site, pelf.ca, offers “training paths” for teachers who seek guidance for successful learning as well as “teachable moments” for people who prefer to explore this pedagogy in a more intuitive manner. A “personal space” allows teachers in French-language schools where French is the language of the minority to both organize their learning and share ideas with colleagues from across Canada, if they wish.

The PELF is a milestone in the evolution of French-language education in minority settings in Canada. It takes into consideration the reality of today’s young Francophones and is based on the most conclusive research on the matter. We hope that this pedagogy will have the intended rallying effect to allow the Francophonie to continue to establish itself and take its rightful place. 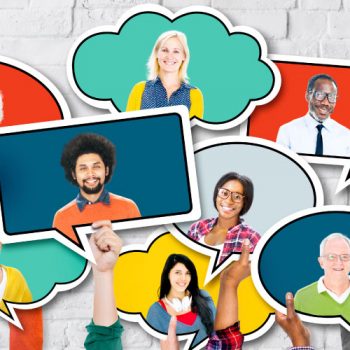